The View’s Joy Behar reduces Tomi Lahren to ash over anti-immigrant screed: ‘What exactly are her skills?’ 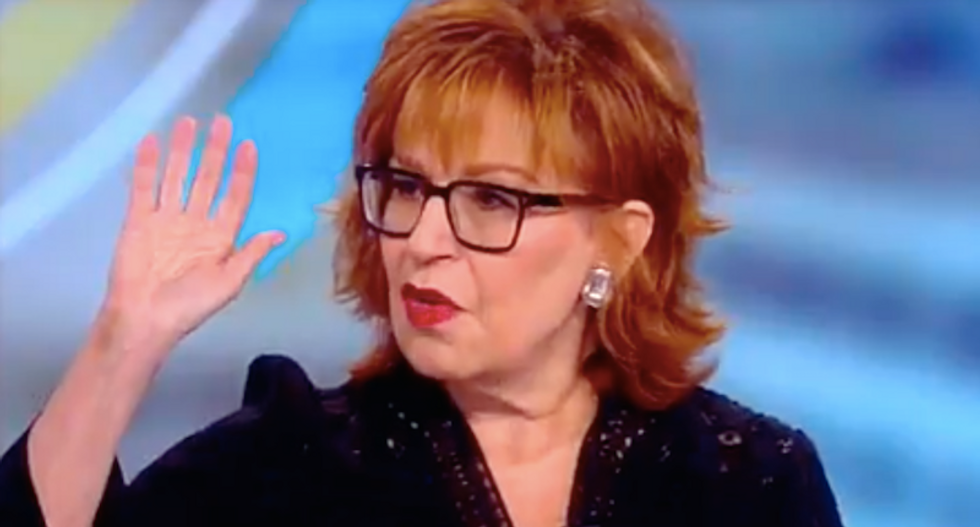 The hosts of ABC's "The View" tackled Fox News commentator Tomi Lahren's insults against immigrants as unskilled drains on society.

The social media celebrity and conservative commentator told Fox News host Jesse Watters that she shared a view of immigrants with White House chief of staff John Kelly, and she agreed the U.S. should restrict entry based on job skills.

"When did the perception of immigrants go from people trying to find their American dream to isolated freeloaders?" said host Whoopi Goldberg. "Because true, people have always come from other countries. They were fleeing pogroms, they were fleeing horrible things. But many of them are well educated and well versed in many things, but not necessarily in English, and when they got here, they became peddlers, or they became people that opened small stores."

"The idea they don't know anything, and they are bringing us down, is crap," she said. "We all come from immigrants, including you, Tomi Lahren -- you come from immigrants, as well. I don't know your family, and I don't know Mr. Kelly's family, and I can tell you, folks came, and no, they didn't necessarily speak English. They came and they learned, and maybe you don't have a grandma twice, a great-grandma to remember."

Co-host Joy Behar interrupted with a question about Lahren's qualifications.

"She talks about low skills -- what exactly are her skills?" Behar said, as the crowd erupted into cheers. "Does anybody know?"

Co-host Sunny Hostin pointed out that a genealogist had researched Lahren's family background and found low-skilled immigrants like those she wants to keep out of the U.S.

"She is certainly not a historian," Hostin said. "What's interesting is someone did do some research on Tomi Lahren's family and I have it in front of me. Her second great-grandmother had been here for 10 years and yet spoke no English --oh my gosh. Her great-grandfather's (1895) baptism, recorded only in Norwegian because they didn't speak any English."

"Tomi's three times great-grandmother had been here for 41 years and still spoke German," Hostin added. "She didn't speak English either. She doesn't even know her own history. She certainly doesn't know this country's history. What happened to, 'Give me your tired and your poor and your weak and we'll welcome you with open arms?'"

"Two things that jump out at me is there is a contradiction of argument," Haines said. "Either they are stealing American jobs or they are uneducated. You can't have both arguments."