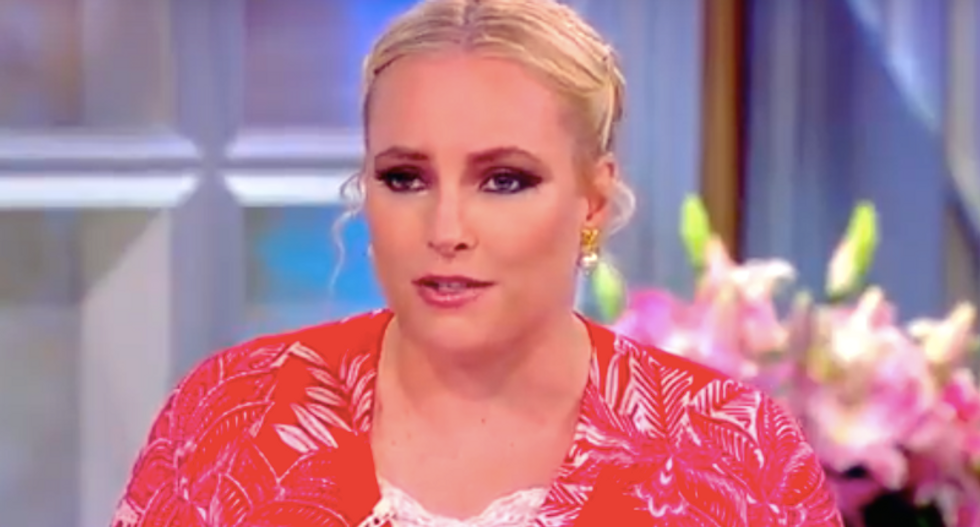 "The View" host Meghan McCain said she wasn't terribly troubled by a White House staffer mocking her father's cancer, because she said the diagnosis had given her a new perspective on life.

Her father, Sen. John McCain (R-AZ), had urged his Senate colleagues to reject Gina Haspel as CIA director due to her oversight of torture, and Trump administration aide Kelly Sadler said his opinion was irrelevant because "he's dying anyway."

"First, (what) I just want to say is don't feel bad for me or my family, we're really strong," McCain said. "There's so much more love and prayer and amazing energy being generated towards us than anything negative at all, and I feel so blessed. My dad's actually doing really well right now, and I believe in the power of prayer, and I think it's helping. So I want to thank the positivity of people with that."

Then she hit Sadler, a special assistant to President Donald Trump, with some metaphysical truth.

"The other thing I want to say, Kelly -- here's a little news flash, and this may be a bit intense for 11 o'clock in the morning on Friday -- we're all dying," McCain said. "I'm dying, you're dying, we're all dying. Since my dad has been diagnosed the past -- almost a year, July 19 -- I really feel like I understand the meaning of life, and it is not how you die. It's how you live."

She said the brain cancer diagnosis, and her dad's battle, had given her a new philosophical outlook -- but she took a parting shot at the president for encouraging Sadler's behavior.

"I'm not scared of death anymore -- I'm just not," McCain said. "Whatever you want to say in this kind of environment, the thing that surprises me most is ... I don't understand what kind of environment you're working in when that would be acceptable and you can come to work the next day and still have a job. That's all I have to say about it."