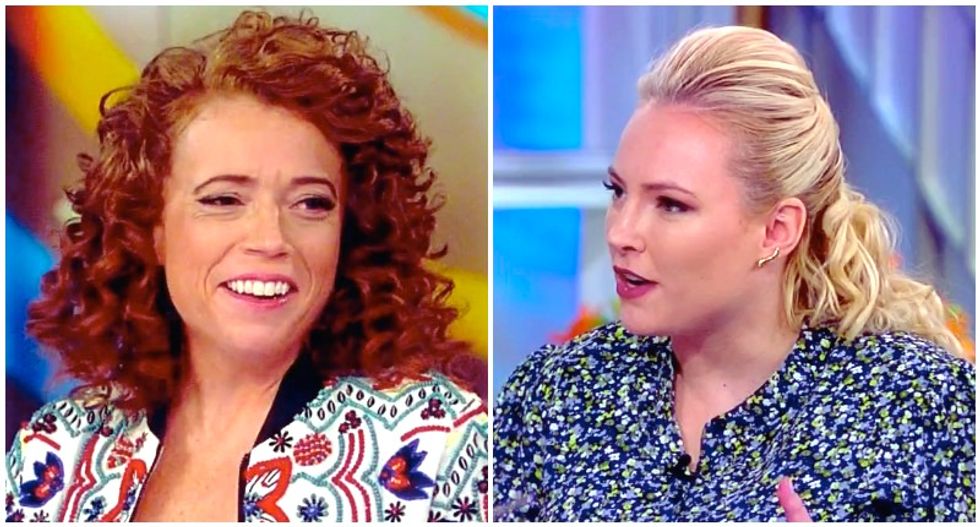 Comedian Michelle Wolf appeared Wednesday on "The View," where co-host Meghan McCain suggested she may have ruined the White House Correspondents Dinner after her controversial routine.

The comedian told the show's panelists that her jokes about Sarah Huckabee Sanders focused on her conduct as White House press secretary, and she dismissed critics who thought she had insulted her looks.

"I mean, the people that did, I just was, like, 'Oh, I thought you were smarter,'" Wolf said. "I think you have something to say about her looks -- I'm fine with how she looks."

McCain reminded Wolf that she believed the scorching comedy routine benefited Trump, and asked her about the future of the annual event.

"I know you know this, but I actually said that I thought your standup routine was a gift to the Trump administration, in that liberals were criticizing you, as well," McCain said. "The association is saying it's considering having no comedians whatsoever in the future. How would you feel if you killed another comedian's job?"

Wolf hesitated for a moment, as if trying to determine whether McCain's question was serious or not.