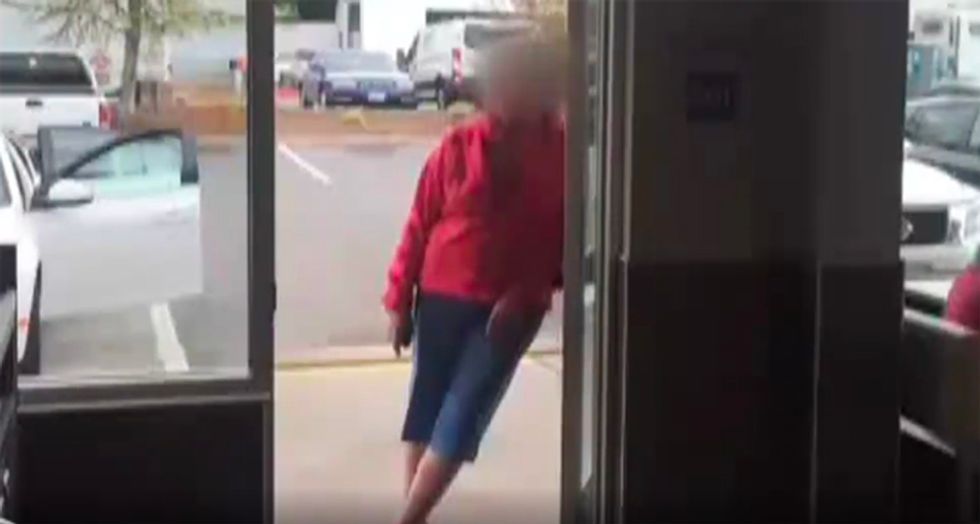 A Washington woman has been taken into custody for threatening a Hispanic family at a local McDonald's because they were speaking Spanish -- then spitting into a another person's car after mistaking it for her victim's vehicle.

According to KIRO, Karla Cerbin-Cazarin said she was speaking in her native tongue when a woman leaning in the door harassed her, telling her, "If you don't speak English you shouldn't be here," before adding, "Get out of our country."

"I just don't feel comfortable speaking my own language in this country anymore," Cerbin-Cazarin told the station in an interview. "Seeing my family go through that, I felt really angry, really disgusted at what she did."

According to other witnesses, the woman also cursed the family before marching out into the parking lot, opening a door to a car she thought belonged to Cerbin-Cazarin, family and spitting into it before driving off.

One witness said she felt the woman was threatening enough to warrant a call to the police, who were given the license number and picked her up for harassment -- although she has not been formally charged.

The report notes that the unidentified 59-year-old suspect was released after posting bond.