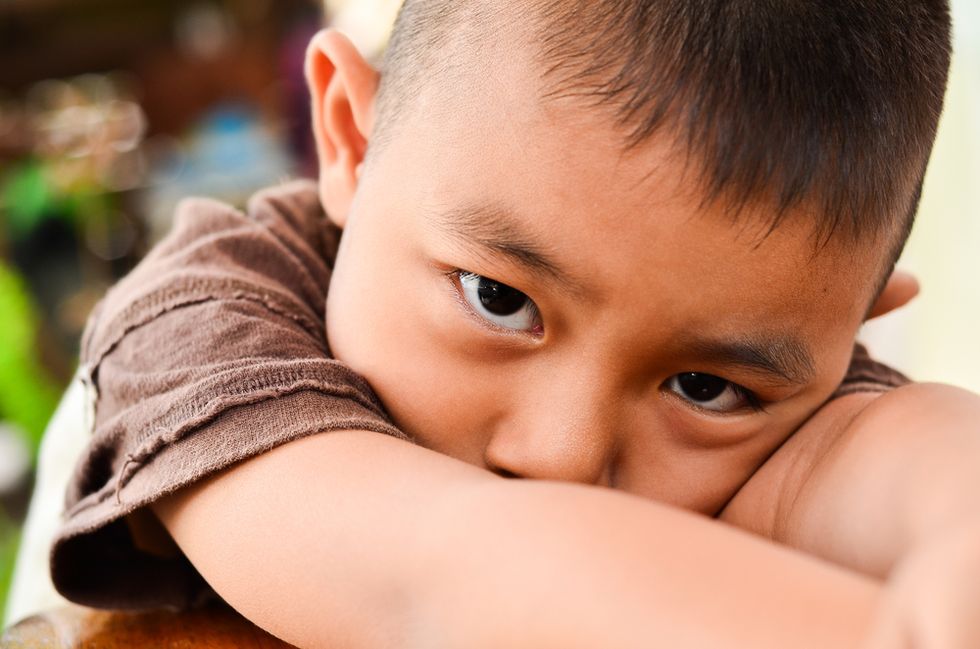 An Arkansas day care provider directed children to throw rocks at a boy for disobeying her, according to cell phone video of the incident.

Another employee went to Forest City police April 26 to report the incident, which she recorded on video and shared with officers, reported WHBQ-TV.

The woman told police that she and some co-workers were outside Teach N Tend Daycare with children when another employee told the child to sit down.

Instead, the 4-year-old picked up some rocks and threw them to the ground.

The employee then told children to throw rocks at the boy to teach him a lesson -- and the video shows several children following her order.

Police questioned the employee, who said children threw rocks all the time.

She told officers that she did not recall allowing children to throw rocks at another child.

The woman has not been arrested or charged, and the incident remains under investigation.

Should the war in Ukraine spur a nuclear security rethink?

With Russia’s invasion of Ukraine, nuclear facilities have been caught up in the midst of conventional warfare for the first time in history. That nightmare scenario is one that few of the industry’s players had anticipated. In Chernobyl and Zaporizhzhia, Russian forces represent a lingering threat to the most basic rules of nuclear security.

On the way to Chernobyl along the Dnipro River, a two-hour drive from Kyiv, the imprint left by Russia’s occupation remains, two months after an ordeal that lasted from the February 24 invasion until March 31. Most bridges have been destroyed and our driver warns us to stay on the pavement as landmines lurk beyond.