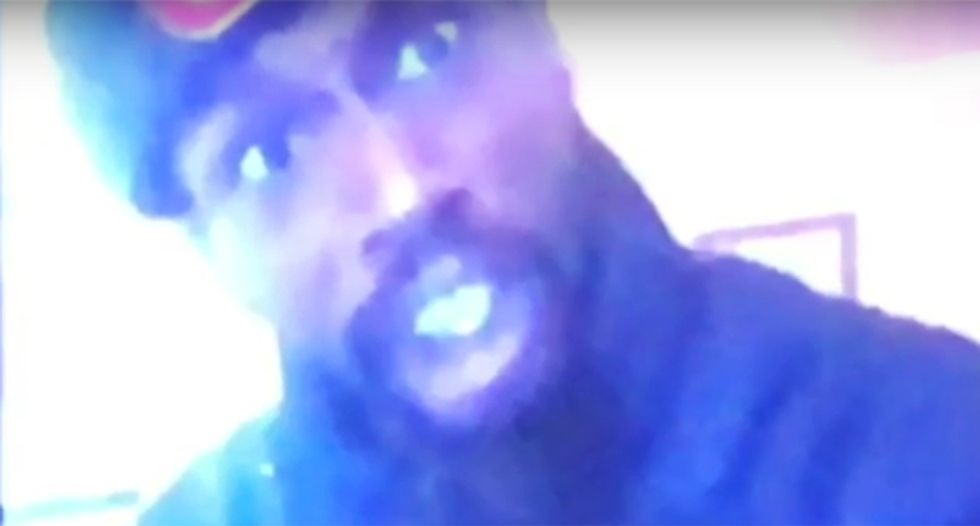 In video uploaded to YouTube, an Ohio man who had just shot a Salvation Army employee to death launched a manic rant that included shouting "F*ck Trump," while claiming "A life for a life."

According to Cleveland.com, William T. Jones Jr. was sentenced to life in prison with no chance at parole, plus an additional 154 years, on Monday as part of a plea deal to avoid the death penalty.

Jones was charged in the death of Jared Plesec, 21, in an execution-style shooting last December before going on a crime spree, described by a prosecutor as "63 minutes of mayhem."

In the video captured after the shooting and posted on Facebook Live, Jones rants at the camera about Trump, falls to the floor and thrashes around -- alternately claiming "LeBron [James] said we have to unite," before adding, "A life for a life. I did it for y'all, man."

"It just seems, when a white life takes a black life, it's justified," Jones said. "Today you seek justice. I can't help but wonder, if the shoe was on the other foot, would it be justified instead?"