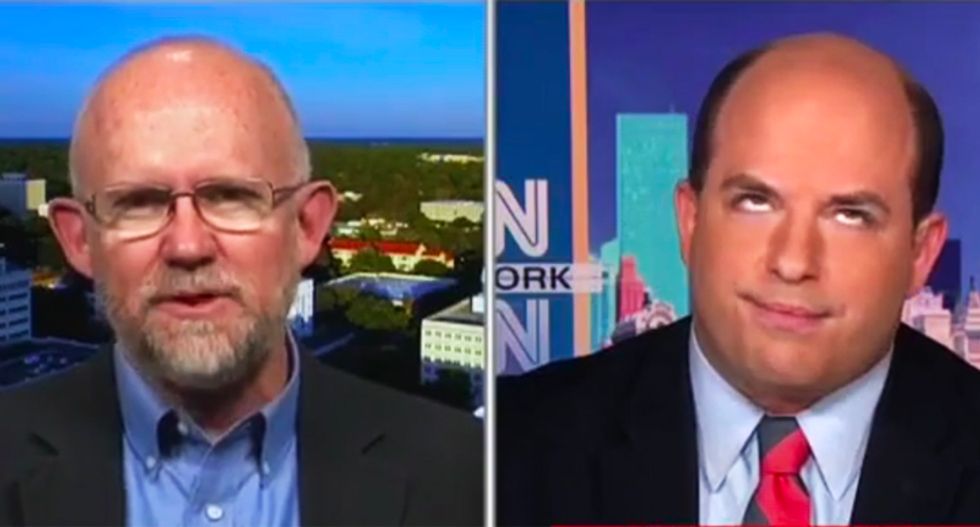 Appearing on CNN on Sunday afternoon, GOP strategist and vocal Trump critic, Rick Wilson unpacked White House adviser Kellyanne Conway's contentious interview with the network's Jake Tapper, saying there is nothing she loves more than to lie to the public and the press.

Sitting on a panel discussing Conway's Sunday morning bobbing and weaving over accusations that President Donald Trump has continually lied about hush money payoffs to adult film star Stormy Daniels by his attorney, Wilson cut to the chase while also noting Conway seemed to be slowly backing away from Trump's ever-evolving payoff timeline.

"Kellyanne was doing some walk-back this morning and she was trying to insulate herself a little bit," Wilson began before going in for the kill.

"Look, this is a woman who likes lies like a fat kid loves cake," he continued as others on the panel winced. "She has absolutely no problem being the most mendacious and untruthful person on television.  It is is to the point where it is making her uncomfortable when she is saying, 'I don't know about that stuff,' and you know there is a bigger issue below the surface here."

"It's like a filth iceberg, and there is a lot beneath it that she is aware of, but doesn't want to get tagged with knowing about," he added. "She's the queen of that happy talk thing for him [Trump] and the fact that she is putting daylight between herself and the president on this is very interesting to me."