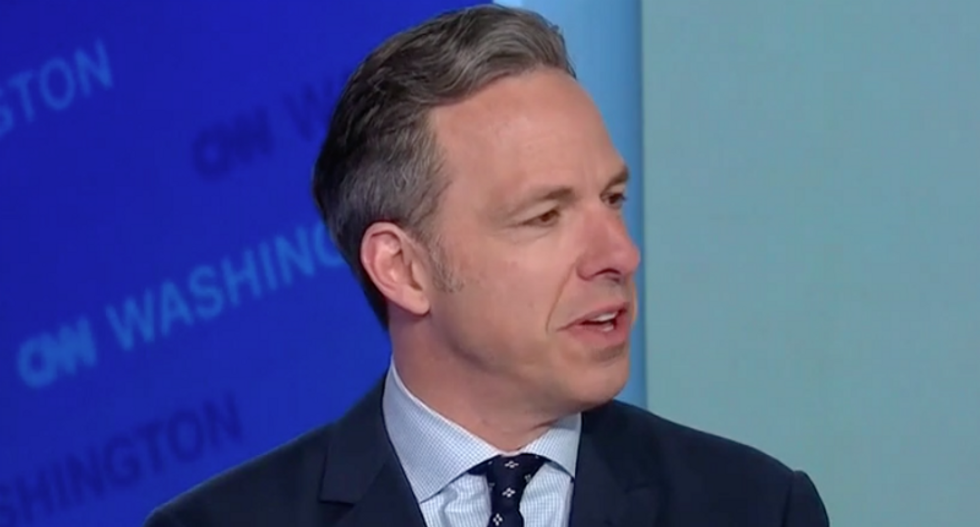 CNN's Brianna Keilar on Thursday pointed out that among Vice President Mike Pence's many notes of praise for Donald Trump is one peculiar and repeated compliment about the president's physique.

"Pence often expresses his adoration for the president on camera," the anchor said, "and an unusual adoration for his 'broad shoulders.'"

She then played a supercut of Pence repeatedly making reference to Trump's broad shoulders, often in conjunction with discussions of his "big heart."

"I have faith in this president's broad shoulders and big heart," the vice president said in a clip from a July 2017 speech — a phrase he used multiple times to describe his "friend" Trump.

Keilar went on to introduce fellow CNN host Jake Tapper in an appearance plugging his new political thriller The Hellfire Club, and assured him that he also has a "big heart."

"What about the broad shoulders?" he asked before joking that viewers should "find yourself a man who will talk about you the way that Vice President Pence talks about the president."