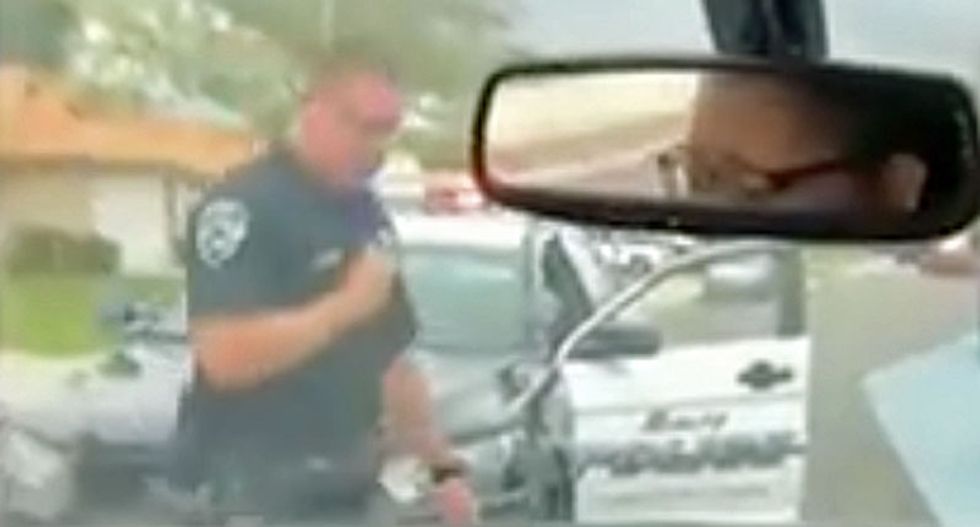 Police in California detained four women on potential felony charges after a white woman called 911 because the woman of color didn't return her wave.

Kells Fyffe-Marshall explained how the four women, three of whom are black, were surrounded by 7 cop cars during the ordeal and were told that a helicopter was even tracking the women.

The women were leaving an Airbnb rental, which further complicated the situation when a police sergeant took command of the scene -- yet was entirely unfamiliar with the short-term lodging marketplace.

"He insisted that we were lying about it and said we had to prove it," Fyffe-Marshall recalled. "We showed them the booking confirmations and phoned the landlord.

"We have been dealing with different emotions and you want to laugh about this but it's not funny," she continued. "The trauma is real."

"I've been angry, frustrated and sad. I was later detained at the airport," Fyffe-Marshall continued. "The cops admit that the woman's reason for calling the police was because we didn't wave to her as she looked at us putting our luggage into our car from her lawn."

Airbnb defended the woman in a statement.

“Airbnb’s mission is to create a world where anyone can belong anywhere and we have aggressively worked to fight bias and discrimination in society. We encourage anyone in similar situations to contact us. We are also reaching out to our partners at the NAACP, National Action Network, Color Of Change, and others to discuss this matter and ensure we are doing all we can to protect our community when they travel,” the statement reads.

Four brilliant Black women checked out of their @Airbnb. A white woman outside waved at them and they didn't wave back.

So she called the police.

Then helicopters & a slew of police cars swarmed the area.

I've spoken to these sisters - who are shaken up, but pressing on. pic.twitter.com/dpZRUljycI