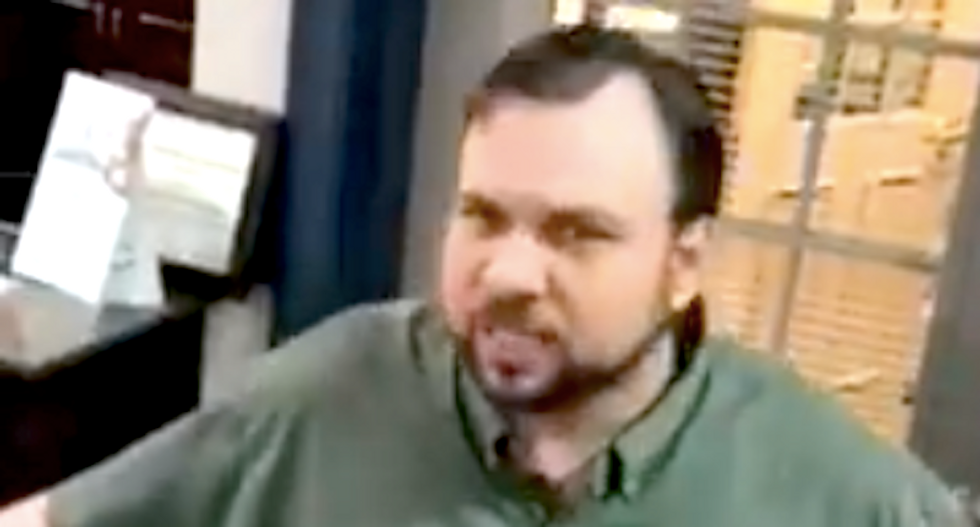 A Virginia hotel clerk was suspended by Radisson Hotels after his racist tirade against a guest was recorded and posted on social media.

Kelsey Cunningham posted video of the incident on the Facebook page for WVEC-TV, saying the clerk had hurled racist abuse after her husband complained their family had been assigned a room where smoking was allowed.

Irby Fogleman explained that he had requested a non-smoking room for his mother at Country Inns and Suites in Newport News, but he told the clerk the room smelled like cigarettes and he asked for another.

"I'll say it again: Get off of my property," the clerk says, as the video begins. "Because you are rude."

Fogleman asks the clerk, whom he addresses as Duane, why he should leave because he complained about his mother's room.

"Think I knew it was smoked in?" the clerk says. "Get your family and get out."

The clerk then complains that he had not given Fogleman permission to record video of him, and then mutters a racial slur as he unlocks the door to his office.

The clerk takes a drink from a cola bottle and then offers to help another customer, who walks away from the counter looking bewildered.

Radisson Hotels, the corporate parent of Country Inns and Suites, told the TV station the clerk had been suspended while the incident was investigated.