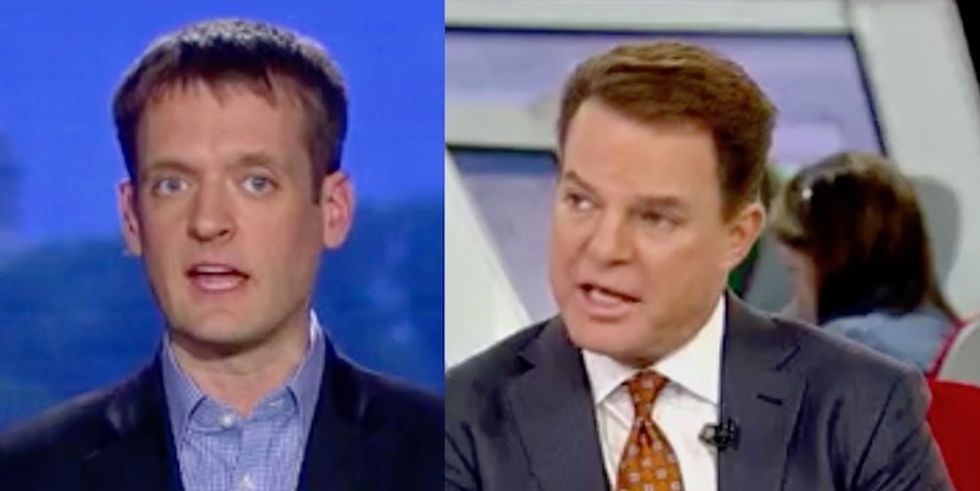 Rudy Giuliani's big Wednesday night reveal of the fact that Trump knew about the hush-money payoff to Stormy Daniels and reimbursed his attorney has analysts scrambling to figure out why.

Did Giuliani get confused and make a mistake, or is this him ripping the band-aid off on something he knows is going to come out?

Axios editor Nicholas Johnston and Fox News' Shep Smith discussed that on Thursday afternoon, adding the fact that they believe NBC News reporting on Cohen's phones having been tapped.

"If NBC New's reporting is to be believed—it's not been denied by anyone, that there was a wiretap—they clearly had to have had probable cause for the wiretap. Then then needed to have an enormous amount of probable cause to go raid Michael Cohen in all those ways," Smith said. "And now Michael Cohen faces either a lot of prison time or he could flip. There's a lot of suggestion today that he's flipped."

"There is no way that the Justice Department undertook a raid of Michael Cohen's offices or a wiretap of his phone lightly," Johnston said.