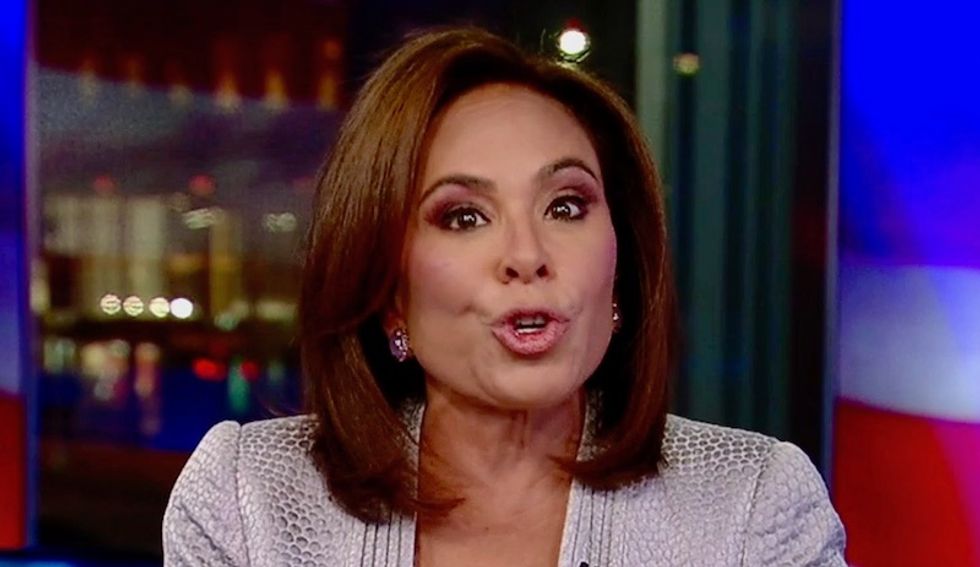 Judge Jeanine Pirro had Rudy Giuliani on her show Saturday night, which was appointment viewing given the way the president's new personal attorney upended the news cycle after his appearance on Sean Hannity's show.

She then launched into Rod Rosenstein suggesting that he was part of a long-ago debunked conspiracy about Russian uranium.

"His interest is to protect Hillary uranium," Pirro said, saying that he had "more power than the president himself."

"It's time to end the Mueller-Comey-Rosenstein cabal once and for all," she said.