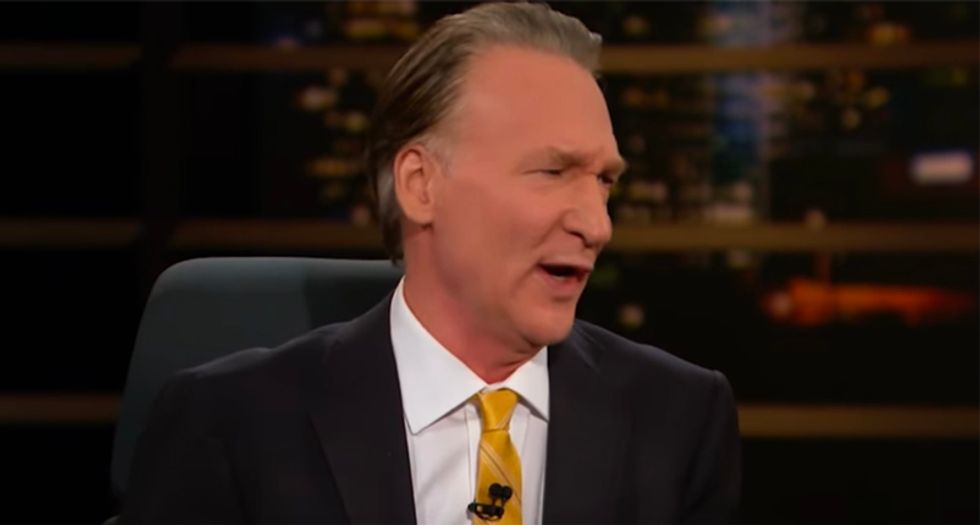 On HBO's Real Time, host Bill Maher called out White House spokesperson Sarah Huckabee Sanders for her constant lying and said it is time to end her daily White House press briefings since she does nothing but spew "bullshit."

Maher began by praising comedian Michelle Wolf for her devastating take-down of both Sanders and the White House media, before noting that her press interactions are a waste of time.

“I think they should get rid of the press briefing," Maher began. "I heard from people in the press this week that they’re just fed up at Sarah Huckabee Sanders at this point. We know that this is the lying-est administration ever.”

After pointing out that the Washington Post has reported that President Donald Trump has been busted for over 3,000 lies since taking office, Maher turned on the president's current spokesperson for defending the untruths.

“What is the point of going into this room every day,” Maher asked, “and having this Baghdad Bob person just tell you this bullshit that you know is bullshit and she knows is bullshit? They should walk out en masse and make a statement.”