WATCH: Kathy Griffin rakes Megyn Kelly over the coals for her infamous 'Santa is white' rant 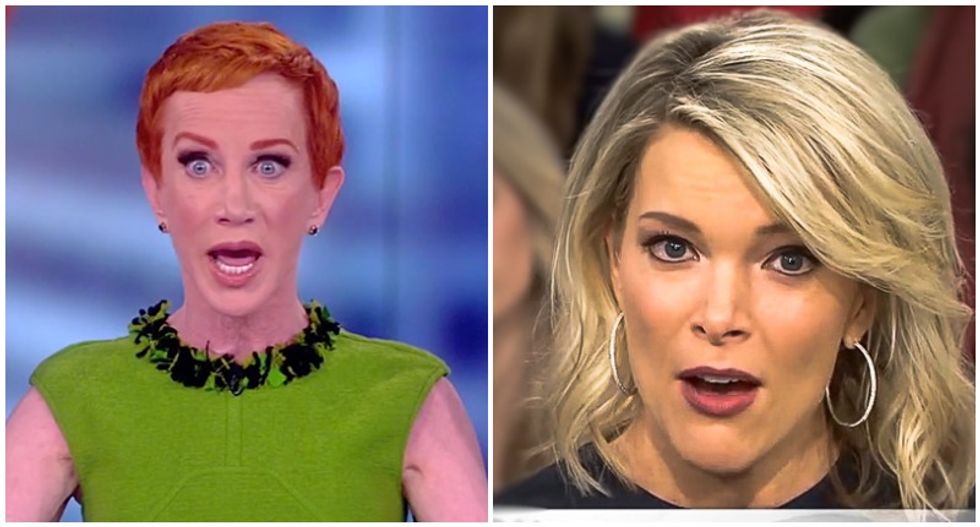 Kathy Griffin on Tuesday raked NBC host Megyn Kelly over the coals for her infamous rant about Santa Claus being white.

While appearing on Seth Meyers' show, Griffin explained that she felt the need to stand up for Megyn Kelly after then-candidate Donald Trump accused her of being angry and having "blood coming out of her wherever" during an interview where he slammed her skills as a debate moderator.

Griffin hastened to add, however, that she was "no fan" of Kelly's -- and she then referenced one of Kelly's most notoriously unhinged Fox News segments to back up her argument.

"'And by the way, Santa Claus is white,'" Griffin said, mocking Kelly. "Calm down, girl, you weren't there!"

Griffin did acknowledge that her own mother "loved" Kelly's rant about Santa being white, although she hinted that she may have only said that while under the influence of alcohol.