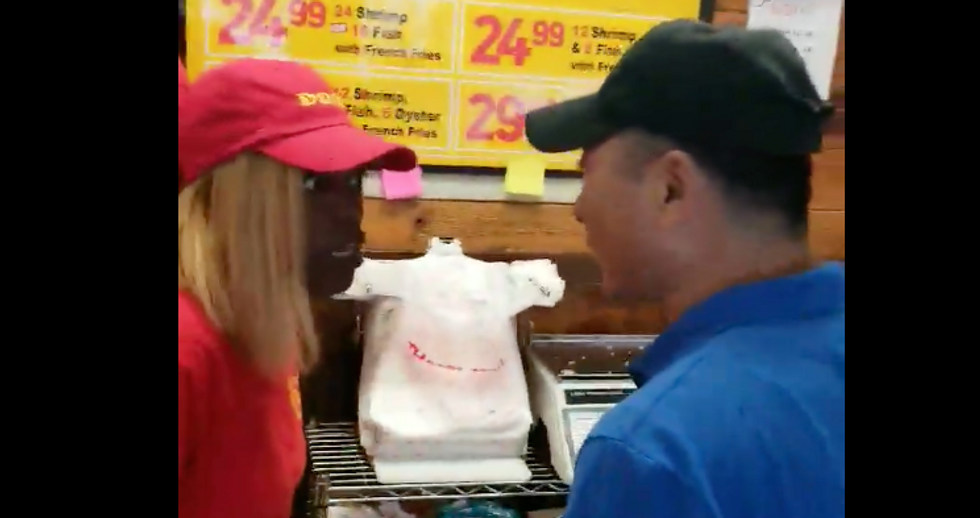 An Asian manager (right) arguing with a black employee (left) after he slapped her. Image via screengrab.

A now-viral video shows a Korean business owner slapping a black employee for refunding a customer — all while said customer films him.

Rolling Out reported that the incident took place at Doo's Seafood in Snelville, Georgia, a suburb of Atlanta.

"An Asian man hit his Black employee because his wife was mad at me because she had to give me a refund for $8.47," Markus Moultrie, the customer who recorded the video, posted on Facebook.

"She told her employee she had to pay for my meal," Moultrie's post continued. "I told her that's nonsense if you the one who f*cked up my order then you need to pay for it not ya employee."

In the video, the customer is heard yelling at the proprietor, identified on the restaurant's website as Mr. Lee, after he slaps his female employee. An argument ensues between owner and employee as Moultrie asks other employees and customers if they saw what happened and told Lee he was planning on calling the police.

Watch the video below, via Markus Moultrie/Facebook: