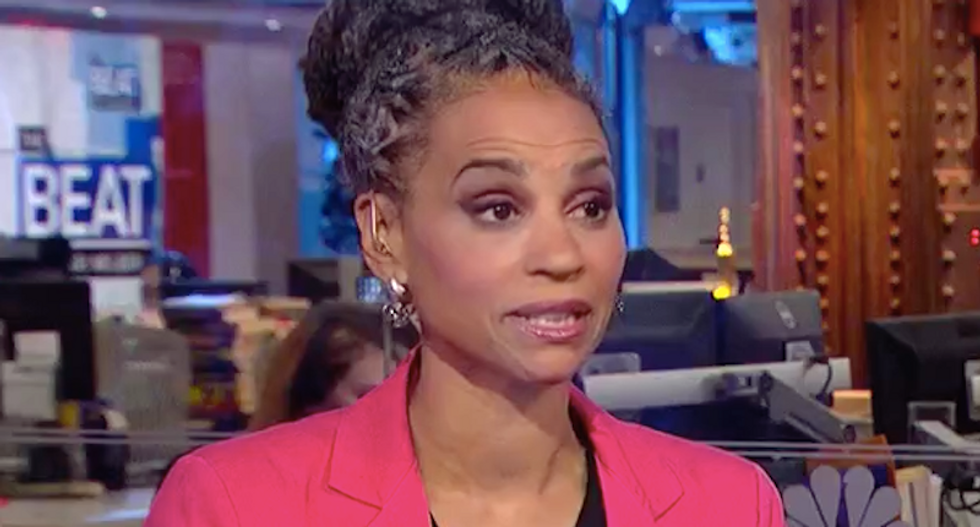 Attorney Michael Avenatti explained the incriminating evidence that could be found on recordings between President Donald Trump and his longtime lawyer Michael Cohen -- and legal analyst Maya Wiley sputtered in disbelief.

Avenatti admitted he had no concrete proof of that claim, but he said the existence of the recordings should be considered a red flag.

"It's never a good idea to be recording conversations, period, especially if you are an attorney, especially if you're dealing with sensitive information," Avenatti said. "It's really not a good idea if are you going to do that, to record them with people that later become the president of the United States. It's especially a bad idea to keep those recordings in your office or hotel or hotel room and have them seized by the FBI."

Wiley, the former counsel to New York City mayor Bill de Blasio, momentarily found herself at a loss for words.

"Why is he recording phone conversations?" Wiley said. "Why? I mean, this is where you start to get into, is there some kind of criminal enterprise? Does he need some kind of leverage over people? because lawyers typically do not need a recorded phone conversation record to zealously represent their clients."