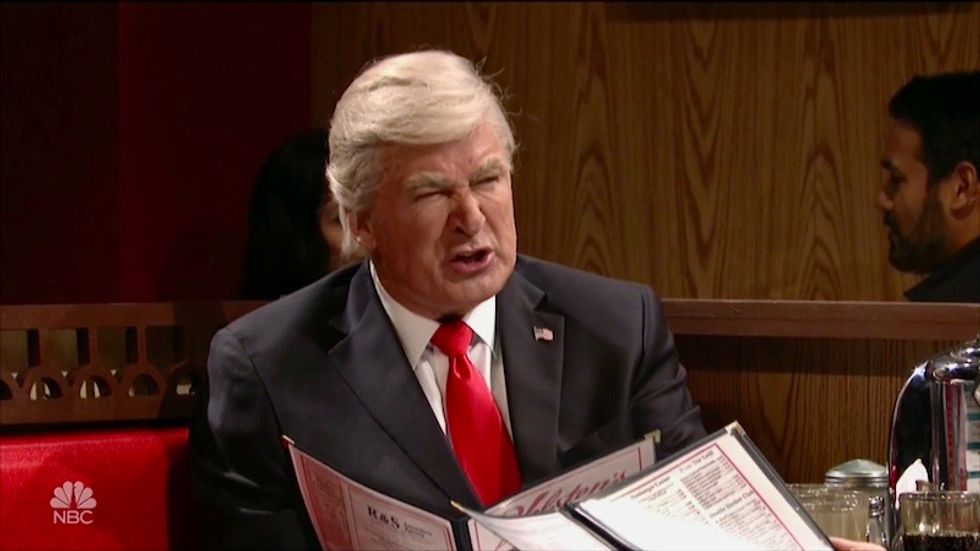 The next steps in the Trump saga will happen while Saturday Night Live is on summer break.

As since it's become increasingly clear that the Trumps are a mob family, Saturday Night Live used its final show of the season to pay tribute with a Sopranos-style finale.

Set in the same Jersey diner where Tony got whacked and the screen went black to signify the death of the protagonist Alec Baldwin's Trump and the gang got together in a diner booth and played "Don't Stop Believin'" on the juke box.

Everyone around Trump joked about their miserable fates—with Cohen bound for prison.

"There's a free gym—dude, you're gonna get so jacked," Trump told Cohen.

And then Robert Mueller walked in. The part was played by Robert DeNiro—a veteran of a few mob movies. And he nailed the role.