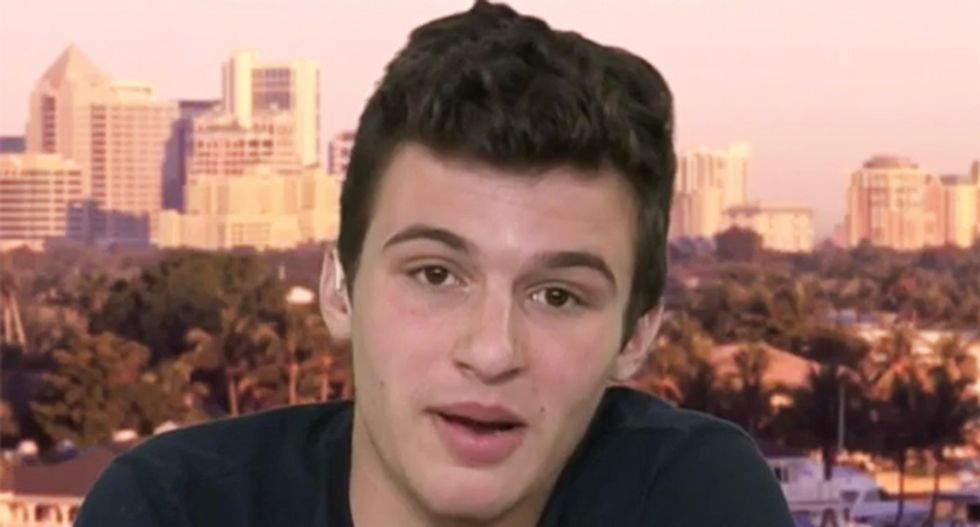 Appearing on CNN's New Day with host Christi Paul, Parkland survivor Cameron Kasky dropped the hammer on President Donald Trump's speech to the NRA in Dallas on Friday, calling the president a "professional liar" preaching only to true believers.

Asked about Trump's speech -- where the president threw out red meat about immigrants and Democrats to the conservative faithful -- Kasky was brutal in his comments.

"He's a professional liar that will say anything to appease whatever crowd he's at," the senior attending Marjory Stoneman Douglas High School in Florida explained. "If he's in front of families he might say something in support of common sense gun reform. But then when he's at the NRA, he'll say something to get a big cheer."

"The NRA convention is like Comic-Con, you only really get the die-hard fans," he continued. "The average American NRA members, who perhaps only got a membership to the NRA free with the purchase of a handgun, they're not showing up and they're not holding Trump accountable for what he needs to talk about. They aren't going to this dog and pony show that Trump and Pence are going to."

"It's a celebration really and I hope they're having fun this year," he added. "But the average members of the NRA, they don't agree with Trump's stance on guns. They don't agree with NRA board member Ted Nugent saying that Democrats and liberals need to be shot in the street like dogs. This is all a spectacle; Trump trying to appeal to a crowd of people who really, really like weapons that shoot bullets fast."