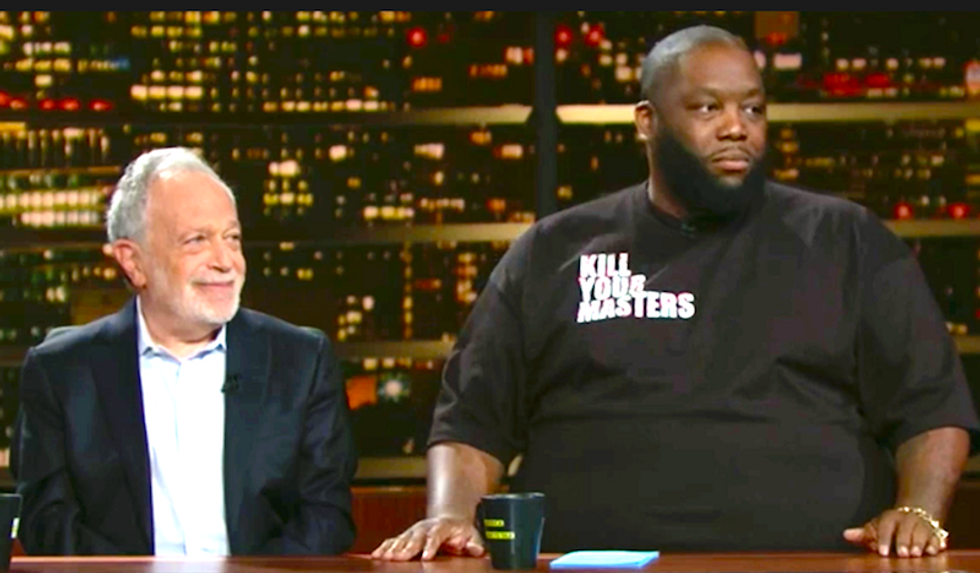 Reich and Michael Render were set for a collision course. Both are loosely lefty, but Mike opposes gun control and faced major blowback after threatening to throw his kid's out of the house if they participated in the #MarchForOurLives and said a bunch of questionable things on NRA.TV.

Reich, a former Bill Clinton staffer, is closer to the Democratic party orthodoxy in supporting modest reforms such as background checks.

Killer Mike referred to his "time on the whipping post" and gave a history of how gun control laws have been used to enforce white supremacy.

Reich said "we have to get rid of assault rifles—that's critical."

Mike denied that such a thing as assault rifles exists.

"There are no such things," he said. "They're rifles that look scary."