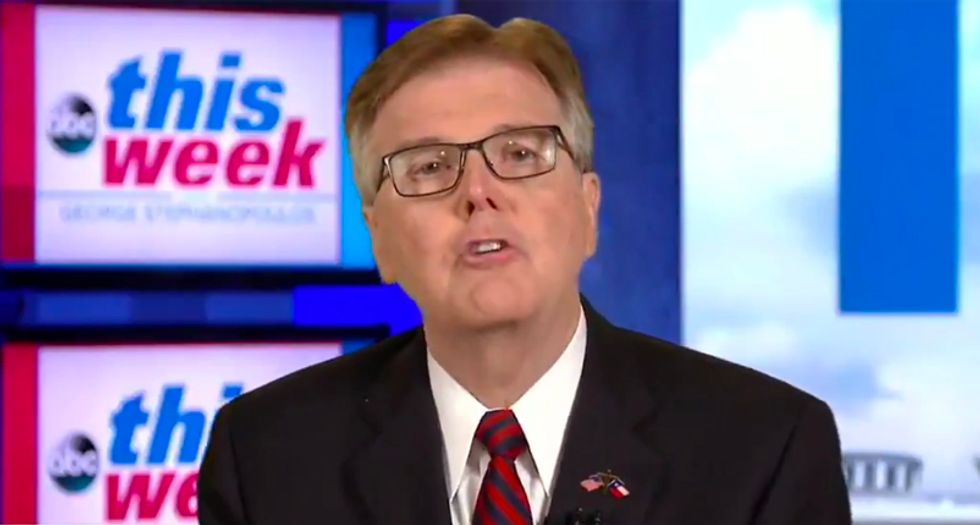 Dan Patrick is making his way around the Sunday talk shows, appearing both on CNN and ABC already in the wake of Friday's horrific mass school shooting that left 10 people dead. The ultra-conservative religious extremist Texas Lt. Governor who is trying to heighten his national profile is making clear his view on guns and his interpretation of the Second Amendment.

Guns "are a part of who we are as a nation," Patrick told ABC News' George Stephanopoulos. "It is our Second Amendment."

But the Republican Lt. Governor might want to re-read the Constitution.

"A well regulated militia being necessary to the security of a free state, the right of the people to keep and bear arms shall not be infringed," it states.

And that's a big difference.

Teachers across the nation overwhelmingly have insisted they do not want to carry guns in school, nor do they want more guns in school.