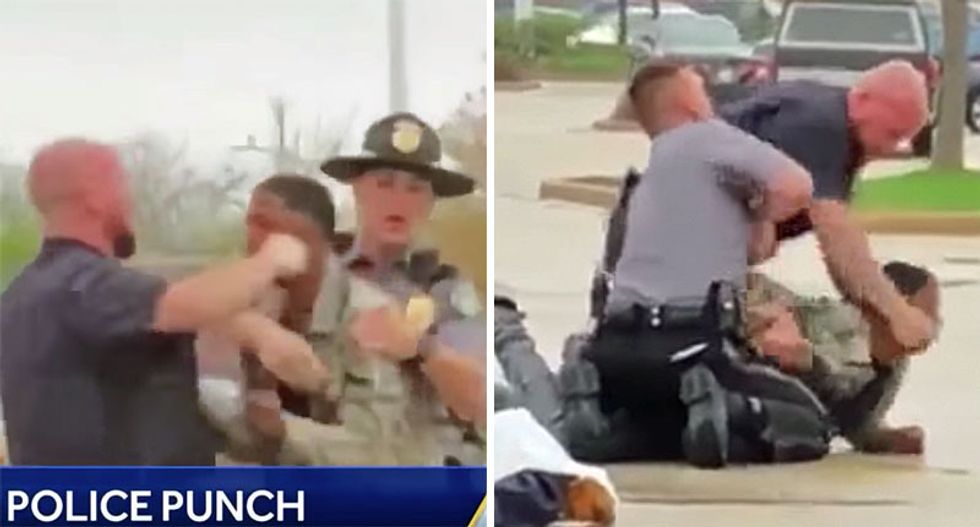 A white police officer in Wisconsin was caught on camera repeatedly punching a 17-year-old black teen in the face, the Journal Sentinel reported Saturday.

In the cell phone video, a Wauwatosa police officer can be seen throwing a right-hook at the youth, who was being restrained by a mall security officer.

The teen was defenseless with his arms held down as the closed-fist blow was delivered.

Once on the ground, the police officer again punched the youth in the face.

Police have not yet identified the officer, but have defended the walloping by claiming the video only shows a small part of what occurred.

“I can assure you that we take all situations seriously when they involve a use of force by our officers," Wauwatosa Police Chief Barry Weber said in a statement. "We thoroughly review all incidents in which force is used by an officer and will do so in this incident, as well.”

The 17-year-old was arrested for disorderly conduct, battery and resisting an officer.