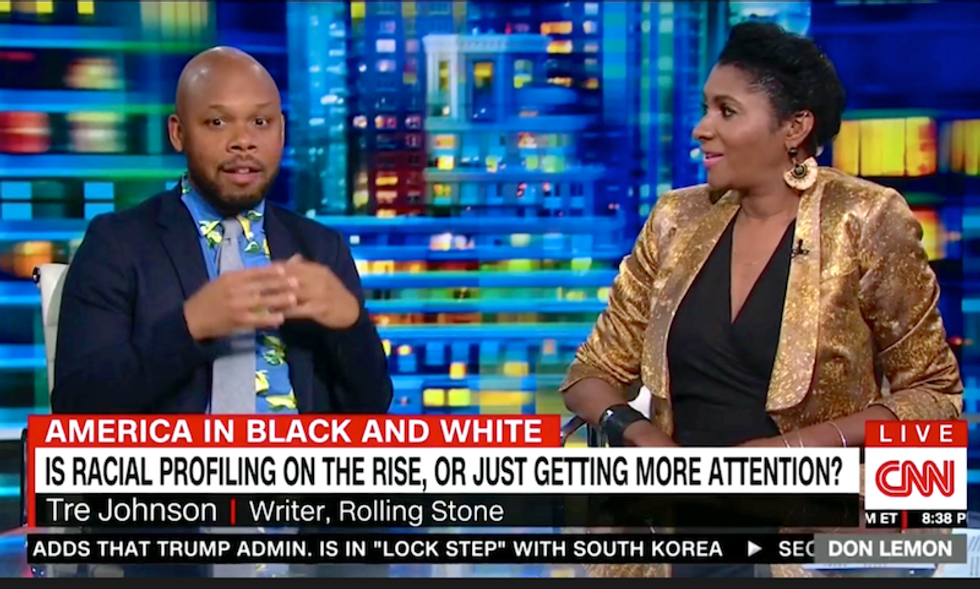 There has been a recent rash of videos where black people going about their business in public places have the cops called on them—for waiting for a friend at Starbucks, for resting in a library, for barbecuing, for trying to eat at Waffle House.

On Friday night, CNN's Don Lemon asked a panel of black commentators if this is a new problem that's getting worse.

They said it's not getting worse—it's always been this bad.

Commentator Marc Lamont Hill didn't hesitate to jump in and explain that the only thing that's different is the fact that cell phone videos are able to document racist harassment and law enforcement encounters.

"It's not getting any worse, it's the same thing every time," he said. "For years, being black has meant being subject to ritual humiliation, to degradation, lack of access to public spaces. The only difference between now and before is we have surveillance. It seems like white American didn't believe it when we told them—we've been telling them we got followed around stores, kicked out of stores all the time. The only difference is now we have proof so they have to come to terms with it."

Kierna Mayo instantly agreed—and pointed out that anyone who is just now learning about this wasn't listening to black people.

"There's almost a reaction from White America like, 'How can this be?' And we're like 'This is how it's been!' she said.