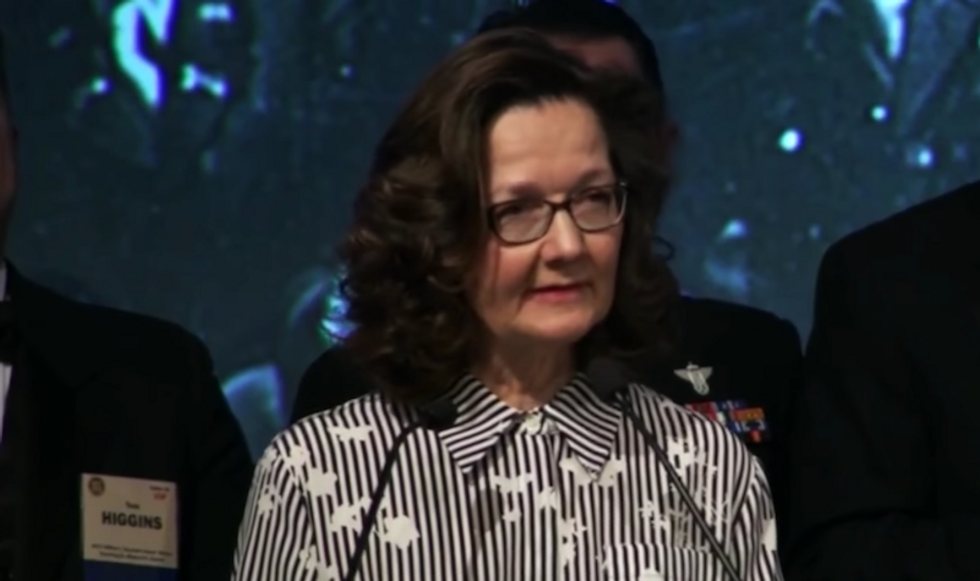 In a telephone conference with reporters, White House congressional affairs chief Marc Short acknowledged that Haspel’s Senate confirmation was not a sure bet. “I still expect it will be a close vote,” he said.

Short said that in response to congressional requests that the CIA declassify more documents on Haspel’s career as a CIA undercover officer, including assignments helping supervise the agency’s involvement in interrogation practices that included waterboarding, or simulated drowning, the administration was “looking to declassify” more documents.

On Wednesday, the White House published a chronology of Haspel’s CIA career, reporting that her first day in the agency’s Counterterrorism Center was Sept. 11, 2001, the day members of al-Qaeda crashed passenger planes into the Pentagon and New York’s World Trade Center.

Some of Haspel’s counter-terrorism work has raised questions about her suitability to lead the agency among critics of her nomination, including prominent Senate Democrats.

Many details of Haspel’s work remain classified. Sources familiar with her career who requested anonymity said that at one point she was the chief of the CIA station in the country where harsh interrogations were used on at least one suspected terrorist.

Later, she served as chief of staff to Jose Rodriguez, the head of CIA undercover operations. In consultation with Rodriguez, Haspel drafted a cable ordering CIA officers to destroy videotapes of al-Qaeda suspects being tortured.

Haspel’s supporters argue that while she drafted the cable, Rodriguez sent it without the approval of then-CIA director Porter Goss and without informing Haspel that he would do so.

However, in “Company Man: Thirty Years of Controversy and Crisis in the CIA,” a memoir about his decades as a top CIA lawyer, John Rizzo, said Rodriguez and Haspel were “the staunchest advocates inside the building for destroying the tapes.”

“The account in the book is erroneous,” said a CIA spokesman.

The destruction of the tapes, and Haspel’s role in their destruction and the interrogation practices they depicted, is a key issue for Senate critics of Haspel, who have complained that public agency disclosures regarding its interrogation programs have been “inadequate.”

The CIA last month released a 2011 memo showing that the agency’s then-deputy director, Michael Morell, had cleared Haspel of wrongdoing in the destruction of the videotapes.