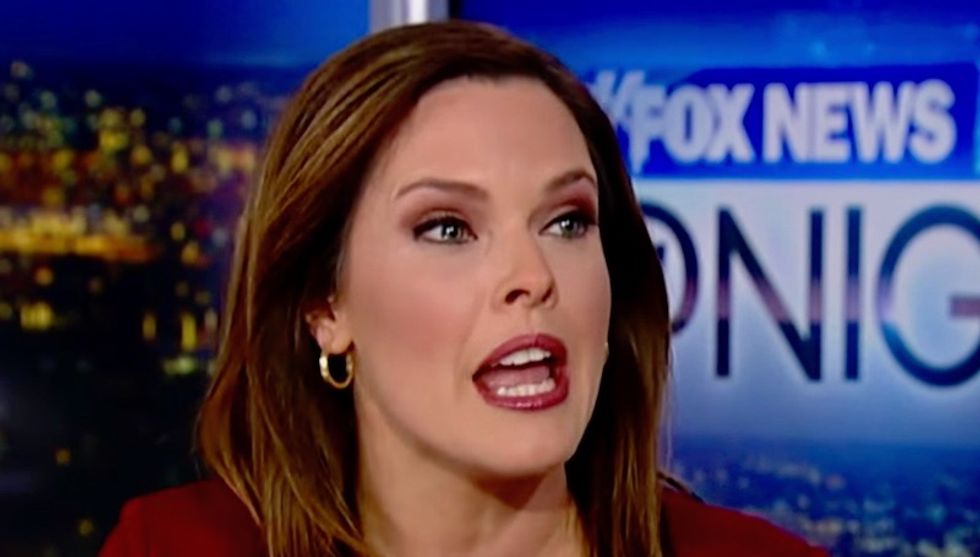 Not only has Sadler's boss, Sarah Huckabee Sanders, refused to apologize for the insensitive joke and scolded her staff about leaks, a second staffer has reportedly said that she wants to go on the record supporting her colleague and the joke.

Mercedes Schlapp said that she supports Sadler and told the other staffers—five of whom appear to have leaked the troubling incident— that she wanted everyone to know it, in the private meeting.

The fact that the White House's communications shop refuses accountability and will not apologize for the incident after so many Washington insiders tripped over themselves running to rally around Huckabee Sanders after her eye makeup was lightly mocked by a comedian during a roast has registered as a bitter irony to some on Twitter.

Mercedes Schlapp was outraged at Michelle Wolf for standard comedy roast humor about Sarah Sanders, who lies to the… https://t.co/EQUsxH7kDj
— PassMeAPickle (@PassMeAPickle) 1526147425.0

“You can put this on the record… I stand with Kelly Sadler,” Mercedes Schlapp said, two weeks after making a huge s… https://t.co/4OwqTu0aFX
— Justin Baragona (@Justin Baragona) 1526146537.0