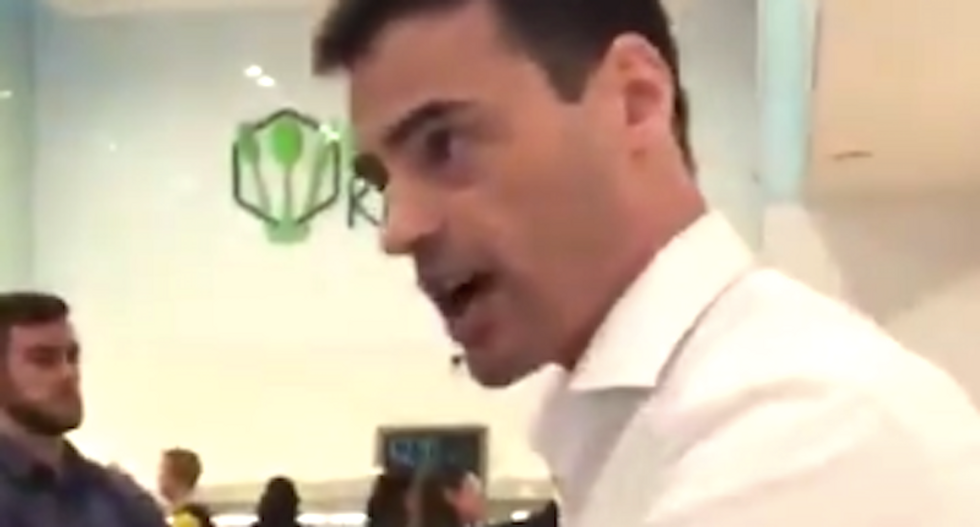 A white man was caught on video ranting about employees speaking Spanish to customers at a midtown Manhattan coffee shop -- and threatens to call immigration officers on everyone.

The unidentified man is shown in a viral video complaining to an employee at Fresh Kitchen that he overheard workers using Spanish during an exchange with another customer.

"Your staff is speaking Spanish to customers when they should be speaking English," the man says.

The employee says that his co-workers sometimes do that, but the man wasn't satisfied, and pointed wildly around the room at everyone he overheard speaking Spanish.

Other customers laugh at the man and tell him he's "f*cked up," and he becomes angrier after he's unable to find anyone to take his side.

He sputters angrily at the woman recording video of his tantrum and threatens to call immigration agents on her, too, and storms out of the coffee shop.