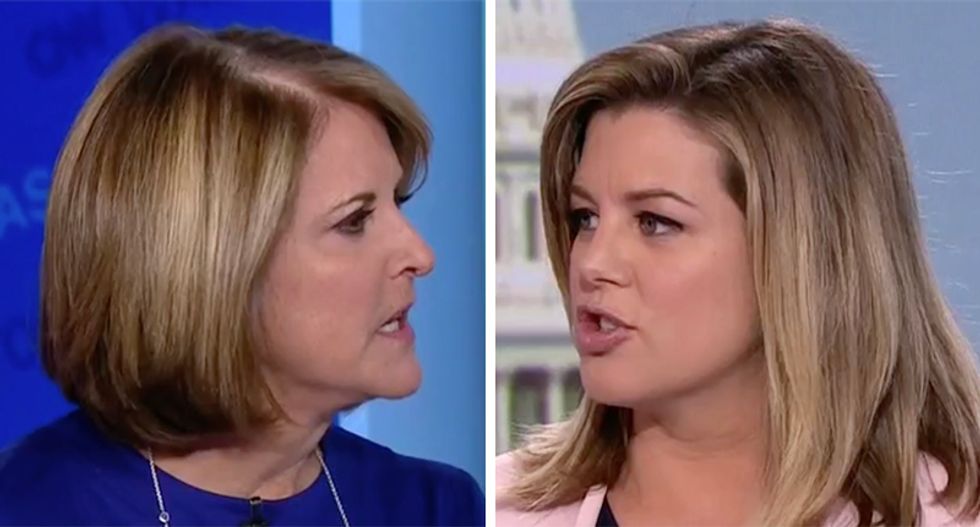 "That, is, that is a good question," CNN regular Gloria Borger responded.

"Willful ignorance, I would say we just witnessed," Keillar continued. "So Kelly Sadler is a somewhat low-level aide, she says in this meeting, according to a White House official that he is 'dying anyways,' about John McCain, dismissing his opposition to [CIA head nominee] Gina Haspel. And she says she's not going to validate, Sarah Sanders did, a leak out of an internal staff meeting? We validated it, it's been widely reported, we know this happened. What do you think of this?"

"For the life of me I can't understand why after the staffer has admitted she did it," Borger suggested. "Yes, it was a leak but it was accurate. And why the White House can't say, 'Look, we've spoken to her, we've told her we think this is inappropriate, we think we need to move on from this, this is not the way anyone in the White House ought to conduct themselves and then just move on.' But by refusing to even say what she said was hurtful, wrong, tasteless, you know, use whatever adjective you want, you sort of extend this story and of course the underlying story, which is that the president and John McCain don't get along."

"She [Sanders] decided to say,'Well, I'm just not going to get into it because it was a leak.' Well what does that tell you?" Borger added.