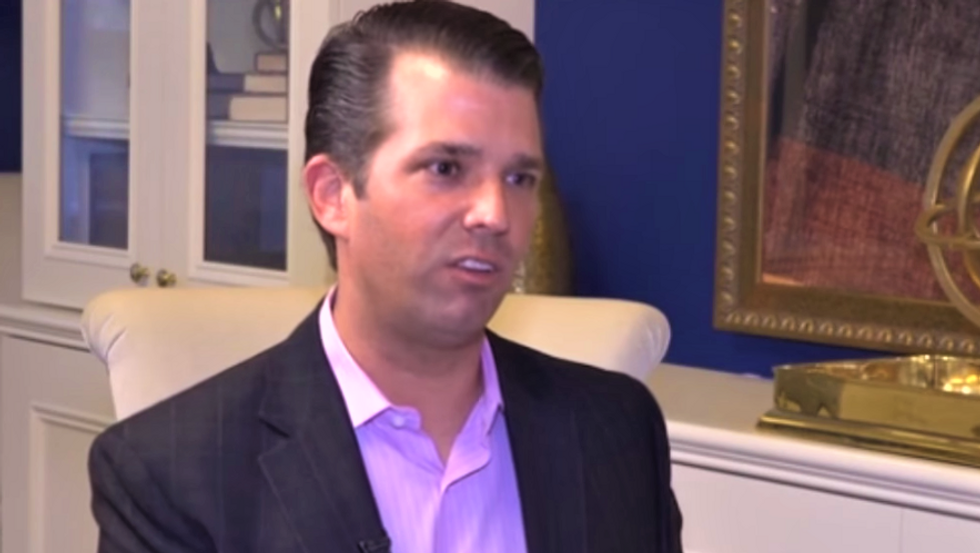 Donald Trump Jr. confirmed to Senate investigators that he hoped to gain damaging information about Hillary Clinton from a Russian lawyer -- and another witness said he asked for that during an infamous June 2016 meeting.

The president's son told the Senate Judiciary Committee that he loved the idea of obtaining "potential information about an opponent" during the meeting.

Russian-American lobbyist Rinat Akhmetshin testified that Trump Jr. seemed to be in charge of the meeting, which he opened with a reference to the damaging material.

"So I believe you have some information for us," Trump Jr. said, according to Akhmetshin.

But the president's son and son-in-law would have to wait.

A Russian who attended the meeting told Senate investigators that Akhmetshin gave Trump Jr. a lead at the June 9, 2016, meeting about an overhyped Clinton-Wall Street scandal.

Ike Kaveladze -- an employee of Aras Agalarov, Trump's partner on the 2013 Miss Universe contest -- told the Senate committee that Trump Jr. and Jared Kushner lost patience with the Russians and asked them to get to the point.

Trump Jr. told the Russians he was too busy with the campaign to look into the story they proposed, but he offered to discuss possible changes to the Magnitsky Act if his father won the election, according to Kaveladze.

"He said, 'If we win, then we might get back to you and continue that discussion about Magnitsky Act, and politely ended the conversation, ended the meeting," Kaveladze testified.

After the June 2016 meeting was revealed and then confirmed by the president's son last summer, an unknown person emailed Kaveladze with a highly loaded question.

"Why did he release this email admitting to collusion?" asks the person, whose identity was redacted in transcripts but is reportedly Kaveladze's son, George.