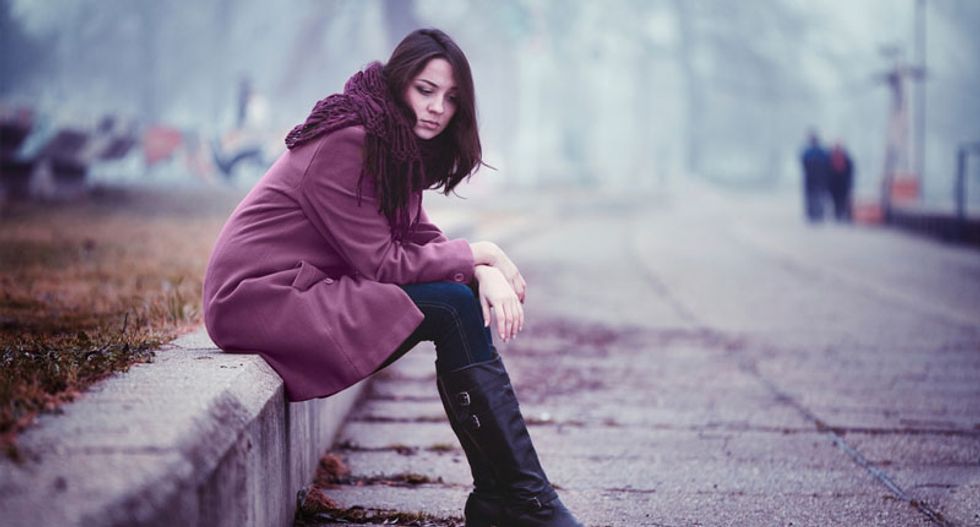 Marketing efforts often follow major world events. This month, we were bombarded with soccer-related ads that tied themselves in some way, however cliché, to the 2018 FIFA World Cup. Sifting through the commercials and ads caricaturing soccer culture, one advertisement from the personal genomics testing site 23andMe caught my eye: “Root for your roots, celebrate summer's biggest sporting event by exploring your connections to the world.”

The United States men's national soccer team did not qualify for the World Cup, thus leaving Americans without a team to cheer for, but indeed this jingle — encouraging Americans to ”root” for their “roots” — encapsulates one of core purposes of the burgeoning personal genomics industry: to discover one’s genetic background and find out where one’s family is from, because here in America not everybody knows. Yet this touches on a deeper cultural issue: Americans' desperate desire for a sense of belonging, a hankering that has become lost in a culture that embodies independence and individualism.

23andMe is one of several at-home genetic testing services that has steadily risen in popularity over the last couple years, along with AncestryDNA and MyHeritage. 23andMe has an estimated 5 million customers. Andy Kill, a spokesperson for 23andMe, told Salon the United States is its largest market, followed by Canada and the United Kingdom.

“People take the test for a variety of reasons, both health and ancestry related,” Kill explained over email. “Some don't know their family background and want to learn where in the world their DNA is from, some may have a general idea about their heritage but are looking to fill gaps, and some may be looking for family members.”

For those not familiar with these genetic testing kits, here's how 23andMe works: the customer pays $99 for a comprehensive ancestry report, or $199 to receive an ancestry and health report, which can tell the person if their DNA has genes that are linked to certain diseases and illnesses. The customer receives a saliva kit, a sample from which is sent back to the company's lab. Using genotyping, researchers are able to assemble a comprehensive report on a person’s genetic makeup, and connect customers with those who share similar DNA. There have been stories about adoptees finding biological parents and siblings, or just the opposite — people learning that a mother or father is not a biological parent.

Why is this such a particularly American phenomenon? Perhaps in countries with less migration, there's no need for such a product; after all, if your family has been living in the same Italian village for 10 centuries, what could such a test uncover? That demographic doesn't feel the same desire for belonging that Americans do, at least not enough to pay $100 to find out. Unlike much of the world, America is a young country and full of immigrants (despite what some right-wing conservatives might believe).

Mel Schwartz, a psychotherapist and author of “The Possibility Principle,” who has taken a genetic test which led him to discover extraordinary information about his family history, said America’s fascination with these genetic tests could be a result of America’s fast-paced and rapidly changing society.

“There is a desire to understand our cultural heritage because we live in culture which is sorely lacking that, and unable to provide us that context,” he told Salon. “Everything is changing so fast, moment to moment everything changes, so the counterbalance to that is the stability -- ‘Where did I come from? Where did my great great grandparents come from?’ -- it is the balance to the volatility and fast-moving pace of this world.”

The rise in popularity could also be linked to the “loneliness epidemic” in America. In May, research conducted by health insurer Cigna and the market research firm Ipsos claimed that nearly half of Americans report they sometimes or always feel alone. Depression is also reportedly on the rise, especially among young people. Depression and loneliness often coincide, and loneliness is the consequence of lacking strong social connection — which inherently is family.

“I do think that the rise in popularity of genetic testing sites is a reflection of our collective sense of loneliness,” said psychotherapist Nathalie C. Theodore, JD, LCSW. “As a society, our dependence on technology has deeply affected the quality of our relationships.”

It is ironic in a way that in order to combat this loneliness, Americans are turning to technology — arguably a major source of distress in the first place.

“Human beings need to feel a sense of connectedness and belonging, but the relationships we make online are often superficial,” Theodore added. “What’s more, our in-person relationships also suffer because of the time we spend glued to our phones and other devices. Genetic testing may provide a sense of belonging to help remedy the feelings  of loneliness that are so pervasive right now.”

Then there’s the political angle of this trend. While speculative, it could be this desire to know who we are, and where we come from, that has led to the rise in right-wing nationalism in America, epitomized in the current administration. As the Economist once eloquently explained, nationalism is a "slippery concept":

“At its best, it unites the country around common values to accomplish things that people could never manage alone. This ‘civic nationalism’ is conciliatory and forward-looking — the nationalism of the Peace Corps, say, or Canada’s inclusive patriotism or German support for the home team as hosts of the 2006 World Cup. Civic nationalism appeals to universal values, such as freedom and equality. It contrasts with ‘ethnic nationalism’, which is zero-sum, aggressive and nostalgic and which draws on race or history to set the nation apart. In its darkest hour in the first half of the 20th century ethnic nationalism led to war.”

America’s biggest task has always been to write our own culture, one that all of its occupants are proud of — yet that culture became a sort of isolated anti-culture, a synthesis of capitalism and individualism. Community, and a sense of belonging, are still hard to find.

In the meantime, many of us will continue to pay $100 for essentially a swab of hope, science-backed data to confirm to us what we want to hear: we aren’t obligated to inherit this political mess.