'Another blow to allies': Ex-ambassador stunned Trump sided with Kim against South Korea 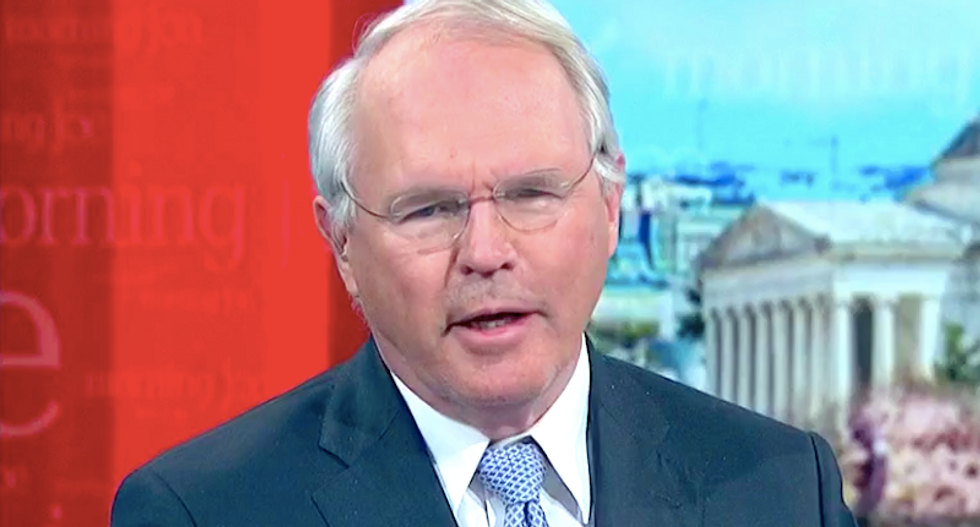 The former U.S. ambassador to South Korea was astonished at the concessions agreed to by President Donald Trump during his summit with Kim Jong-un.

Christopher Hill, who conducted negotiations with North Korea under the Bush administration, told MSNBC's "Morning Joe" that Trump had sold out South Korea, where he served as ambassador from 1983 to 1985.

"I'm a little worried about it, and I'd like to know how that all happened, but to me the most extraordinary news of this whole day was another blow to allies," Hill said. "The president announced to a press conference that what he called war games, annual defensive exercises we have with South Korea, he considers it provocative and he's going to stop them. I can understand the North Koreans taking that position, I'm a little surprised at our own president taking that position."

Co-host Mika Brzezinski said the president's remarks were "quite stunning," and foreign policy expert Richard Haass couldn't believe Trump had sided with an adversary over an ally.

"That's stunning, that comment," said Haass, the longtime president of the Council on Foreign Relations. "That suggests this was not wired. The idea that the president would unilaterally go out there, portray this in terms like 'provocative' and 'war games,' surprise an ally whose very existence depends upon the 28,500 American troops and the backing behind it, that is a stunning shock to an ally."

Capitol rioter's mom blames Trump for violence: 'He was used along with many others'

The mother of a U.S. Capitol rioter asked for leniency in his sentencing by arguing that he had been duped by Donald Trump.

Troy Sargent, of Pittsfield, Massachusetts, pleaded guilty to assaulting a police officer during the Jan. 6 insurrection, and prosecutors are recommending a 27-month prison term. But his mother asked the judge to go easy on her son.