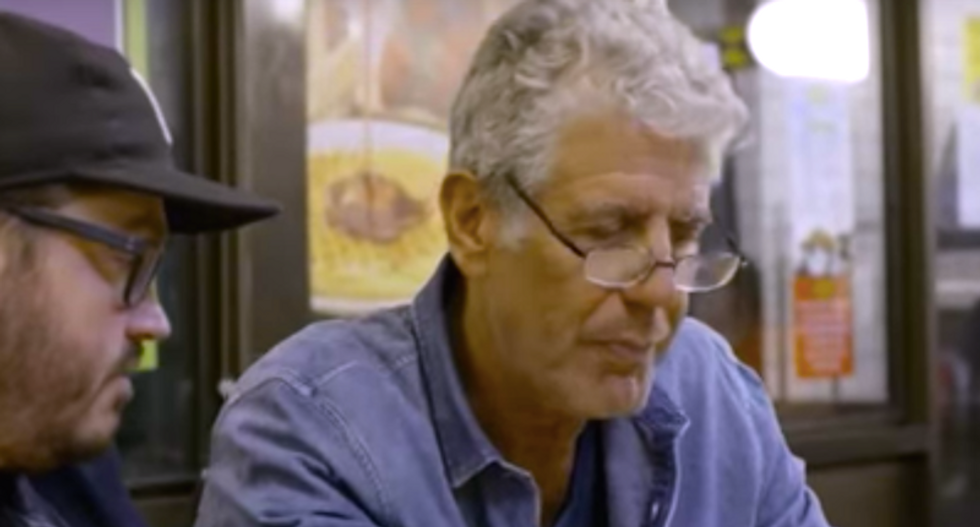 World traveler Anthony Bourdain had never eaten at Waffle House before he filmed an episode of CNN's "Parts Unknown" at one in South Carolina.

The late food writer, who was found dead Friday in Paris, visited one of the restaurant's locations in 2015 with Charleston chef Sean Brock, who said he was inspired by Waffle House to go into cooking.

Brock said he enjoyed watching the restaurant's cooks preparing hash browns, eggs and bacon on a griddle visible from the counter, and Bourdain was fascinated by the late-night craziness that's essential to the Waffle House experience.

"It is indeed marvelous," Bourdain says in the episode. "An irony-free zone where everything is beautiful and nothing hurts, where everybody -- regardless race, creed, color or degree of inebriation -- is welcomed. Its warm glow (is) a beacon of hope and salvation, inviting the hungry, the lost, the seriously hammered all across the south to come inside to a place of safety and nourishment."