Attorney Avenatti: Cohen picture with Tom Arnold was warning shot to Trump that he is spilling the beans 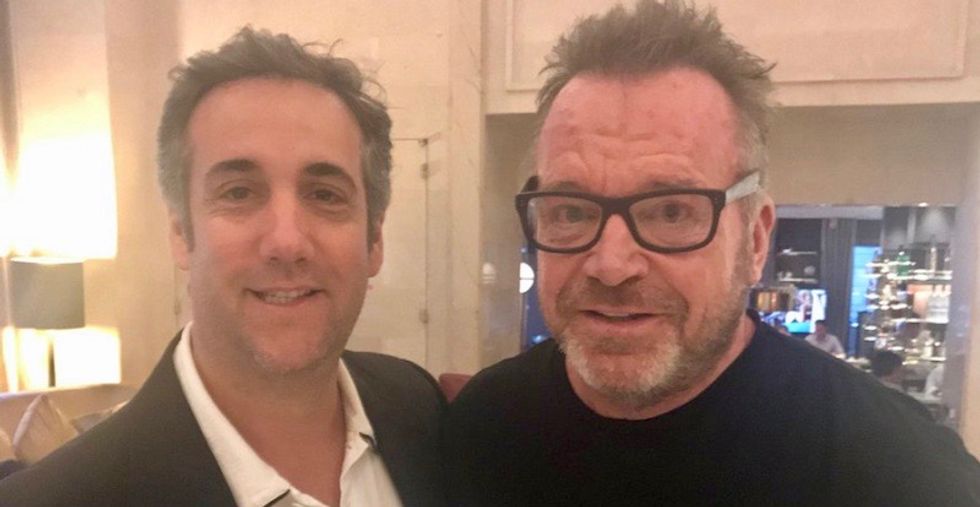 In an interview with Nicolle Wallace earlier on Friday, Arnold said that he may reveal tapes of the president's past bad behavior. Arnold said his goal was to drive the president from office.

Avenatti discussed what this development means in his interview.

"It was first on your show that I predicted in early April eventually Michael Cohen would flip on the president and the president entrusted Mr. Cohen with secrets he should have never entrusted him with," Avenatti said. "I made that prediction in early April. I'm going to hold to it. I want to caution people about jumping to conclusions about what Tom Arnold has or does not have. I think a lot of these cryptic communications people are assuming quite a lot."

So why did Cohen pose for a photo with Arnold, who has been a staunch critic of the president?

"I think that perhaps Michael Cohen allowed that picture to be taken to send a message to the president that the president potentially is in a lot of trouble here," Avenatti said. "From my understanding, Michael Cohen is very concerned about being put on an island and abandoned by this president and the White House as it relates to having some of his legal fees paid, etc. And I think that perhaps this is part of the messages... this is a flare gun shot in the air for Michael Cohen to, you know, a message to Mr. Trump or others that there may be things coming down the pike."