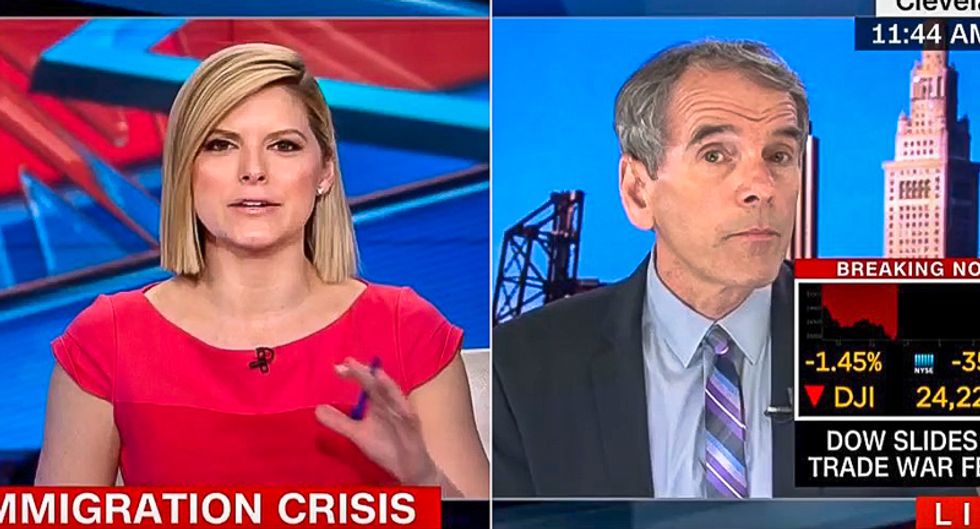 Following a segment where Bolduan condemned a restaurant owner who asked White House Press Secretary Sarah Sanders to leave, the CNN spoke to Leopold about President Donald Trump's call to strip undocumented immigrants of their due process rights.

"Is this within the president's powers?" Bolduan asked.

"I would argue no," Leopold said. "The idea here is that the president is supposed to enforce the law in good faith with an idea toward national security and border security. And then locking up kids and then gutting due process, taking away the right to go to a hearing before a judge does not serve border security, does not serve any of those interests."

"Immigration law is harsh, it's true," he continued. "And used in the wrong hands, as it is now with President of the United States Donald Trump, it can be used as a battering ram. And I think we have to be mindful that this is an administration that's tried to ban entire religions."

Leopold added: "This is an administration that is advised by a white nationalist, Stephen Miller, in the White House."

"Well, it's not an uncivil thing," Leopold said. "I would argue that it's a fact. But okay."

"Honestly, I have not seen that," Bolduan remarked. "Where is the fact on that?"

"The point is that the law should be used fairly," he stated. "When we see a tweet from the president on a Sunday decrying judges, saying that there should be no judges, that people shouldn't have a chance -- immigration law is complicated and if somebody comes into the United States, they may have been trafficked here, they may have the right to asylum... and may have the right to a visa. That's why we have judges. That's why we have courts."

"If it starts with immigrants, how far does it go?" Leopold concluded. "This is an administration that has talked about denaturalizing American citizens."