Bill Maher closes HBO's Real Time with blistering monologue : 'I wouldn't put it past Trump to try and cancel the next election' 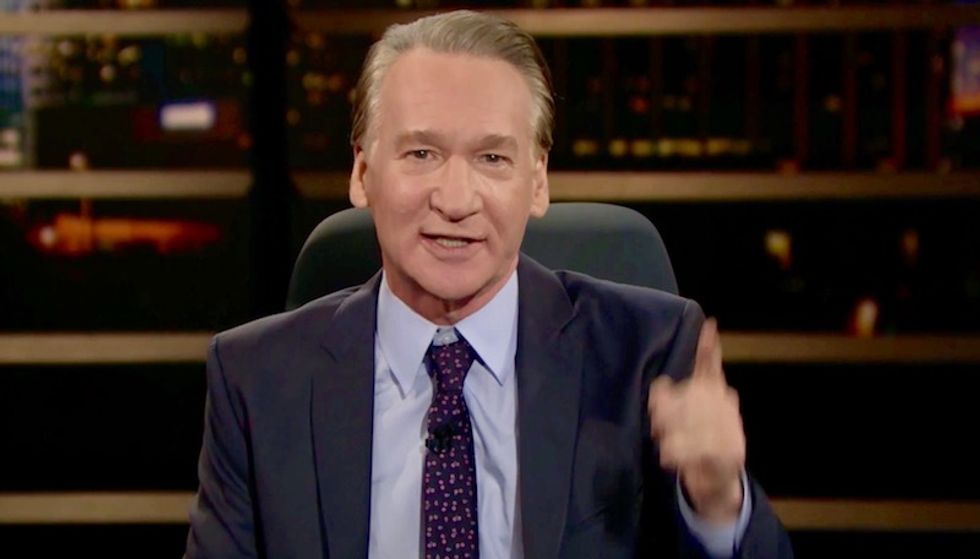 Bill Maher on his HBO show/Screenshot

Bill Maher closed his Friday night show on HBO by warning about the dangerous moment America finds itself in, where liberals are winning the culture war but continuing to lose elections.

"I'm often surprised by liberals I talk to think we're winning. We, who control nothing. Winning?" he said. "I think it's because there are so many headlines that celebrate hollow victories of who we fired, and who we swarmed on social media, who we slammed and blasted with our tweets."

The problem, Maher said, is that Republicans are increasingly unencumbered by democratic and societal norms, while liberals are obsessed with purity tests.

"This country's in quote a pickle," he said. "Conservatives govern without shame and liberals shame without governing."

Liberals are losing in every way that matters, he said, even as they celebrate canceling Roseanne.

"Our symbolic victories are the only victories we get now. They get to cut their taxes, rip up the safety net and make coal a vegetable," he said. "We get to banish actors."

Maher has been talking about a "slow-moving coup" for years, and ended with another warning.

"I wouldn't put it past him to try and cancel the next election," he said. "But if he does..."

HBO's Real time
Report typos and corrections to: corrections@rawstory.com.
Like this article ? Text `Support` to 50123 to donate.
READ COMMENTS - JOIN THE DISCUSSION