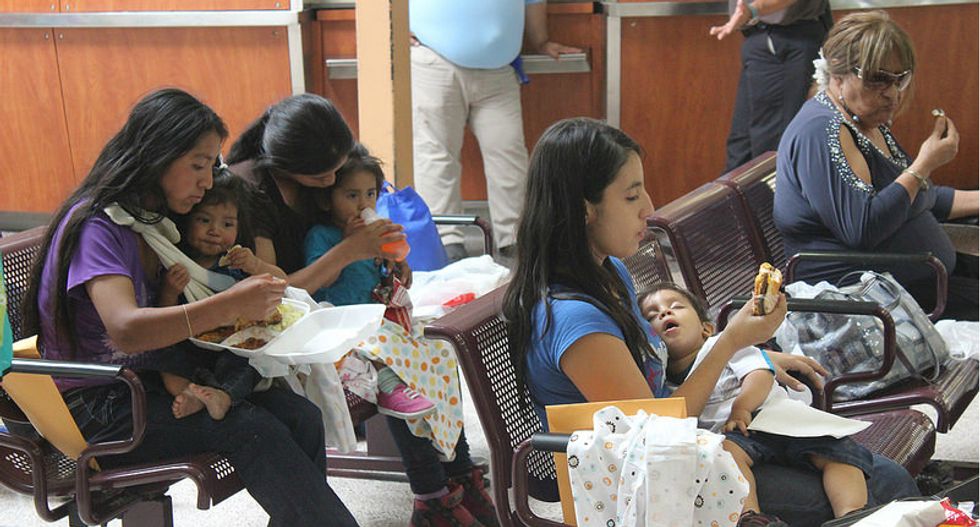 In yet another twist in the human rights disaster unfolding at the border, U.S. Border Patrol has pledged to temporarily halt referring migrants caught at the border to prosecutors, Bloomberg reports. The move comes in response to the President's executive order, barring the separation of children from their parents.

Border Patrol pointed out that it's not feasible to prosecute parents without taking their kids. A spokeswoman for Border Patrol said the agency  “is taking temporary action until Congress can find a lasting solution to family separation.”

The announcement came the same afternoon that Attorney General Jeff Sessions told an audience in Reno, Nevada that the DoJ is committed to going after illegal border crossers. Sessions also doubled down on the as yet unproven deterrent effect of the policy, claiming that to abandon their strategy now “would encourage more adults to bring more children illegally on a dangerous journey that puts these children at great risk.”

The saga over migration has had all of the chaotic hallmarks of Trumpian policy making: confusing and seemingly contradictory statements from different White House officials.