‘These children are not OK’: MSNBC panel explains 'freeze response’ in traumatized kids held by Trump 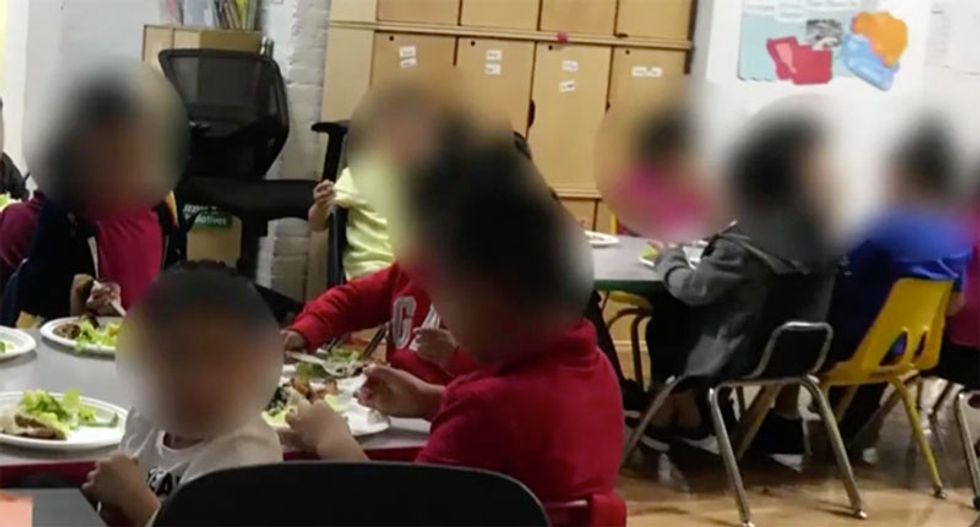 MSNBC anchor Ali Velshi assembled a panel of experts to investigate the trauma inflicted upon the children being separated from their parents and detained in President Donald Trump's tent camps.

Velshi played the video footage that was surreptitiously recorded by a teacher at a detention center in New York, who smuggled the footage out and provided it to MSNBC's Rachel Maddow.

"I spent the whole last week talking to children like the one in the video, children who were separated from their parents at the border," explained NBC News correspondent Mariana Atencio. "And it is so traumatizing what they've lived through."

"I don't think we can begin to grasp the trauma these children have experienced, because they're doubly traumatized, it's the violence they're fleeing from, it's the harrowing journey, and then when they think they crossed over the finish line, then they're torn from their parents," Atencio reported. "Sometimes I had to stop mid interview because the kids were sobbing uncontrollably."

"Attachment between parents and children is like air, it's a basic need we have," explained Dr. Jennifer Havens, director of child psychiatry at Bellevue Hospital Center. "It's like taking away your life source, and we don't separate children from their parents unless we absolutely have to."

"It's not obvious the kids show signs of distress," noted Velshi. "You see it, you're an expert."

"They're probably having a freeze response," suggested Dr. Jamie Howard, clinical psychologist at the Child Mind Institute. "So the fight, flight, freeze response goes off after we're exposed to dangerous uncertain situations and it can keep going off and it can make us look numb and frozen or calm if we don't know what we're looking at"

"But make no mistake, these children are not okay, not calm, not doing well," Dr. Howard concluded.