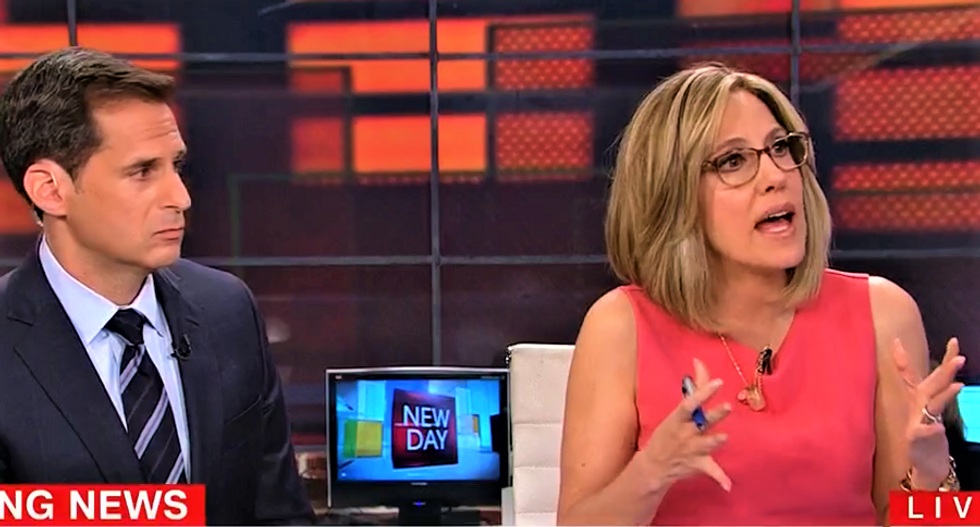 Alisyn Camerota opens up about depression on CNN (Screen cap)

CNN's Alisyn Camerota got very personal on Friday when she talked about her own history of depression in the wake of the suicide of beloved chef and author Anthony Bourdain.

In a segment talking about the importance of reaching out for help from others if you're experiencing suicidal thoughts, Camerota said that she has gone through hard times where she never believed she would ever be happy again.

"Depression is so common," she said. "When you're in it, you think that it will never lift. I've had dark days. I've had bouts of... in my 20s and early 30s, I've had a dark cloud that I thought wasn't going to lift."

Camerota said that while feeling sad at times is perfectly healthy, depression makes you wrongly believe that that sadness will never go away.

"Sometimes it can be situational -- a breakup, a loss of a job -- but those things do change," she said. "And time changes, and medication helps, and therapy helps. There are things out there for people who think they are in a downward spiral."

Later in the segment, CNN posted the suicide lifeline number for people to call when they have suicidal thoughts: 1-800-273-8255.