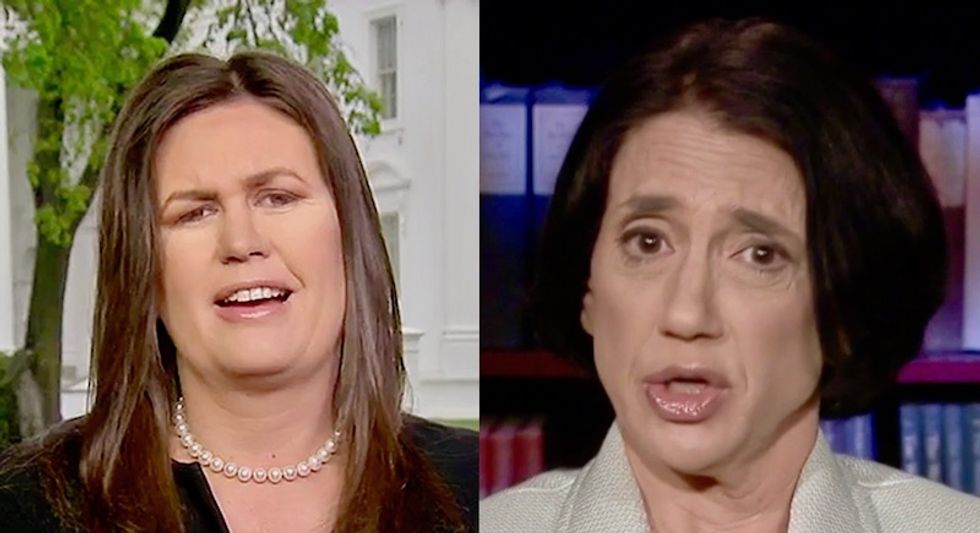 On Friday night, Trump spokesperson Sarah Huckabee Sanders was ejected from a Virginia restaurant after the owner asked her staff whether they wanted to serve her or not.

The incident has sparked blowback from some conservatives who say it was "bigoted" and "hateful."

But in a new column about the "lost art of shunning," conservative Washington Post writer Jennifer Rubin says the restaurant was right to eject Huckabee Sanders.

In the wake of the Trump administration's decision to lock migrant children in cages away from their parents, "it is both natural and appropriate for decent human beings to shame and shun the practitioners of such a policy."

Rubin does allow that it's a slippery slope.

"The notion of shunning or excluding or heckling can devolve into philosophical hair-splitting as to whether someone has engaged in normal public service or whether they’ve strayed outside the bounds of decent behavior," she writes. "Each to his own method of expressing disdain and fury, I suppose."

But she thinks the restaurant owner was right—and that people like Huckabee Sanders and Kirstjen Nielsen should face consequences.

"If you don’t want to provoke wrath, don’t continue to work for someone whose cruel and inhumane treatment of others rivals the internment of U.S. citizens and noncitizens of Japanese descent during World War II. "