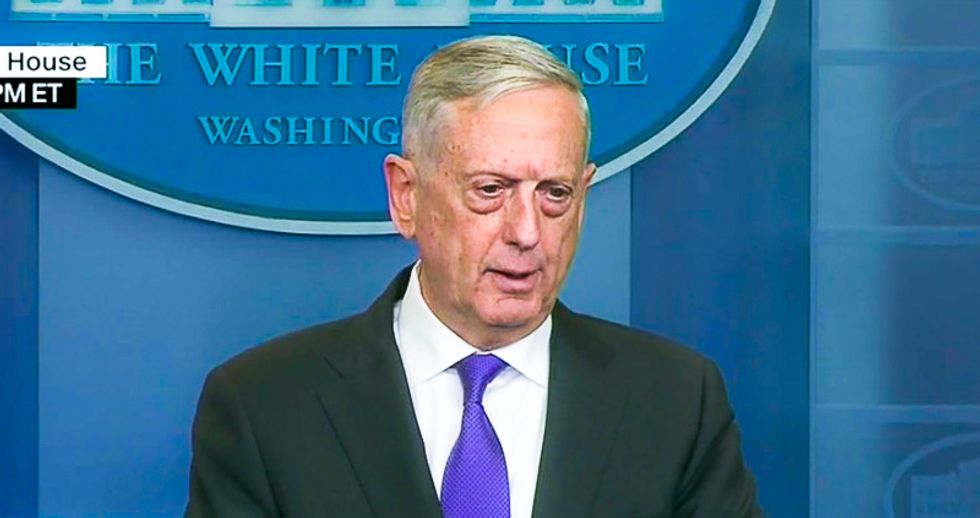 During a wild Friday morning press conference, Trump blamed former President Barack Obama for "giving away" Crimea even as he insisted Russia should be allowed into the G7.

Pentagon reporter Kevin Baron brings word that Mattis, in a speech he's delivering to the Naval War College, calls out Russia for its annexation of Crimea and says that it's the "first nation since World War II" that has redrawn its borders "by force" through its annexations of territories that formerly belonged to Ukraine and Georgia.

Mattis goes on to call out Putin for trying to undermine Western alliances.

"Putin seeks to shatter NATO," Mattis says. "He aims to diminish the appeal of the Western democratic model and attempts to undermine America's moral authority... his actions are designed not to challenge our arms, but to undercut and compromise our belief in our ideals."