Why are Democratic voters more approving of compromise than Republicans? 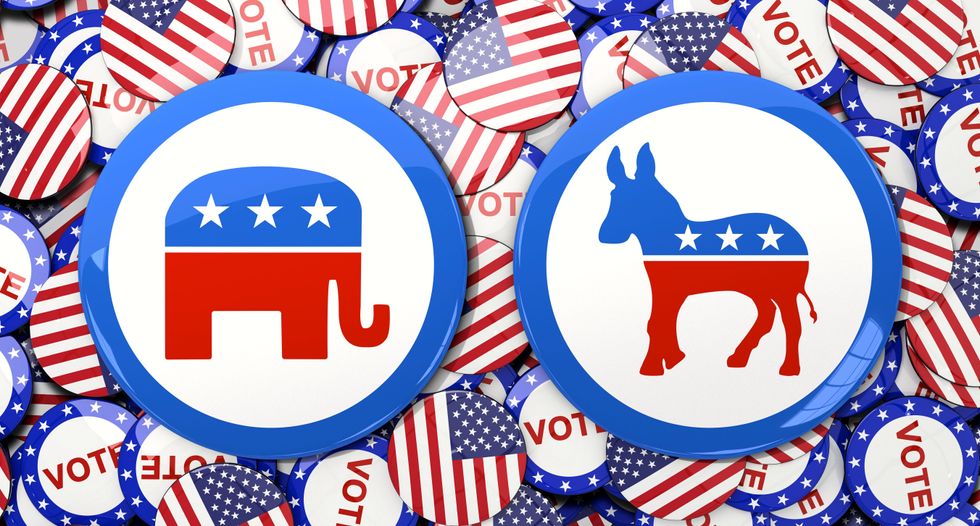 At a time when political division is heightened and the parties in Washington are deeply polarized, it is worth asking whether there is any payoff for politicians to work together.

Will they be rewarded by their constituents for getting things done, balancing different interests for the public good and working across the aisle with civility and respect?

Or will they be punished for abandoning core principles, offering concessions to the other side and sitting down with people who view the world so differently?

Political scientists like us view compromise as an essential feature of our bicameral, three-branched political system. Not everyone will agree that compromise on every issue at every time is a good thing. But it is essential if a democracy in a diverse society is to function, if laws are to be passed and policies set.

If compromise is so important to the functioning of our government, what can we say about how people – citizens – view compromise?

Our starting point is that not everyone views it the same way.

Pollsters have found that most voters support their elected officials compromising rather than sticking to principle when forced to make the choice. But among those who prefer sticking to principle, a disproportionate percentage are Republicans. Republicans, it seems, are more worried about their representatives being compromised, which they do not see as a good thing.

Democrats are more sanguine about compromise in government and considerably more likely to view the ability to compromise as a virtue when evaluating their representatives.

This is a relationship that we have seen time and again in surveys that ask, in various ways and at various times, whether respondents approve of political compromise.

How do we explain this partisan difference?

Of course, Republicans and Democrats profess different beliefs, care about promoting different values and have different economic and political interests. But none of that would really explain why they would view political process differently.

Perhaps there is something in the DNA of Republicans and Democrats that leads them to view compromise differently?

The hidden role of uncertainty

Many studies have demonstrated that conservatives and liberals have different predispositions and traits, which might explain the Republican-Democratic difference given that partisanship and ideology overlap so much.

Psychologists have shown that conservatives, more than liberals, tend to be “rigid” in their thinking, prefer “purity” and “order,” and view the world in black and white terms.

These psychological predispositions might explain why Republicans are less likely to approve of compromise than comparable Democrats.

But we argue that there is something else at work here, another way to think about the Republican/Democratic difference that consistently appears in surveys.

We look to the pioneering work of Daniel Kahneman and Amos Tversky for guidance. Kahneman and Tversky’s “prospect theory” is based upon a simple notion: Under conditions of uncertainty, people weigh loss much more than gain when making assessments about the future. That is, when making decisions that entail risk, the fear of losing what one already has dominates the possibility of gaining more of what one wants.

How might this explain the difference between Democrats and Republicans in their view of compromise?

As a general proposition, conservatives believe in “conserving” the status quo and progressives have a friendlier view of change and “progress,” and this difference in orientation is the predominant dynamic at work in politics.

So if Republicans, as conservatives, look at a particular political compromise as a loss from their present position, and Democrats, as progressives, tend to view it as a gain, prospect theory would predict that there should be a difference in how they respond to it.

In a recently published study, we tested whether this is the case and found evidence that prospect theory does indeed apply to the understanding of compromise.

When looking at an issue like the minimum wage, where the liberal position is to raise the wage and the conservative position is keep it the same, we found Democrats to be much more willing to compromise their position than Republicans, and to compromise further when asked how far to go.

But what about an issue like tax reform, where Republicans are pushing to bring down tax rates, as they did in last December’s legislation, and Democrats are defending the status quo? This is a reversal of the logic that often prevails in politics.

Notably, our study found that on this issue, Republicans are just as likely to approve of compromise as Democrats. So on an issue where a compromise means that Republicans gain and Democrats lose, the partisan difference in attitudes toward compromise that we see so frequently goes away.

Do our representatives have an ability to compromise? Could we return to a day where our leaders sit down together and resolve differences with give and take? Can we even imagine a contemporary minority leader to be like Everett Dirksen, who once famously said, “I am a man of fixed and unbending principle, and one of my principles is flexibility”?

We get there only if constituents give legislators the freedom to compromise. In an ideal world, we believe representatives would be rewarded – or at least not punished – because legislation includes a compromise solution.

We hope that our insight helps political strategists to create that freedom. By shaping interpretations of loss and gain, we believe they can – even Republicans, who must face a more resistant constituency.