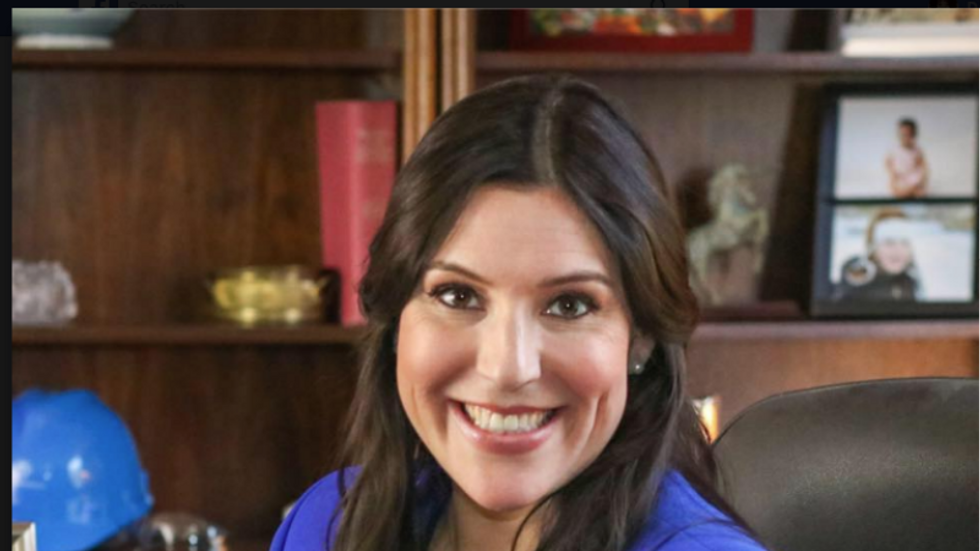 The Franklin Hills Country Club cancelled a campaign fundraiser for congressional candidate Lena Epstein after discovering she is a supporter of President Donald Trump.

"I got a call late on Friday night that the board had unanimously voted to cancel our event," she told Fox 2 Detroit News.

Epstein, a Republican running for the 11th District U.S. Congress seat, said that event had been planned for over a month and was supposed to take place on Wednesday.

"It makes me sad that my political beliefs were the reason that the event was cancelled," Epstein said.

According to Fox, Epstein is the second Republican the country club has refused services to.

Her incident marks a trend of pro-Trump supporters being slammed in public. Recently, White House press secretary Sarah Sanders was kicked out of a restaurant in Virginia for her political affiliation. Following this situation,  Rep. Maxine Waters (D-CA) called for public shaming for people who work in the Trump administration.

Epstein changed the location of her fundraiser to a local restaurant called Andiamo, adding she loves the country club which she has been a frequent member of.

"I grew up at the club, my daughter swims in the pool, my husband and I golf there. It's where we have our Sunday night dinners," she said. "It's a huge part of who I am. So this situation was very painful."

Fox News 2 reported that Franklin Hills Country Club General Manager Scott Cummings did not respond to a request for comment.

The vaccine rollout process has been painfully slow in the United States. More than 40 days after the first vaccine was approved for emergency use by the Food and Drug Administration, just over 6.0 percent of our population has been vaccinated. And that is with just the first shot, very few having gotten the two shots needed to hit the targeted levels of immunity. Thankfully the pace of the vaccination program is picking up, both as kinks are worked out and now that we have an administration that cares about getting people vaccinated.

But we still have to ask why the process has been so slow. We have an obvious answer in the United States, the Trump administration basically said that distribution wasn't its problem. As Donald Trump once tweeted, he considered the distribution process the responsibility of the states and gave the order "get it done."

On Wednesday's edition of CNN's "OutFront," former Georgia voting systems implementation manager Gabriel Sterling weighed in on Rep. Marjorie Taylor Greene — the QAnon-aligned congresswoman who called for Democrats to be executed and harassed a school shooting survivor, and who was this week given an Education Committee assignment by the House GOP.

"I'm curious as you speak, as a lifelong Republican who's disgusted by this stuff as a lot of Republicans are, why do you think party leaders are kowtowing to this, are scared of people like people like Congresswoman Greene and QAnon?" asked anchor Erin Burnett.

Lawyers for the nation's largest manufacturer of electronic voting equipment are trying to squash legitimate criticism of their products—including one machine that was responsible for a 26,000-vote miscount and threw a one local election in Pennsylvania into doubt.

A Wall Street law firm representing Election Systems & Software LLC of Omaha, Neb., has sent a cease and desist letter to election reform advocacy group SMART Elections demanding that it "retract and correct" its criticism of the ES&S ExpressVote XL touch-screen voting machines—especially the group's effort to persuade the New York State Board of Election from certifying the machines for using in elections there. The state board is scheduled to take up the matter today (Jan. 28).