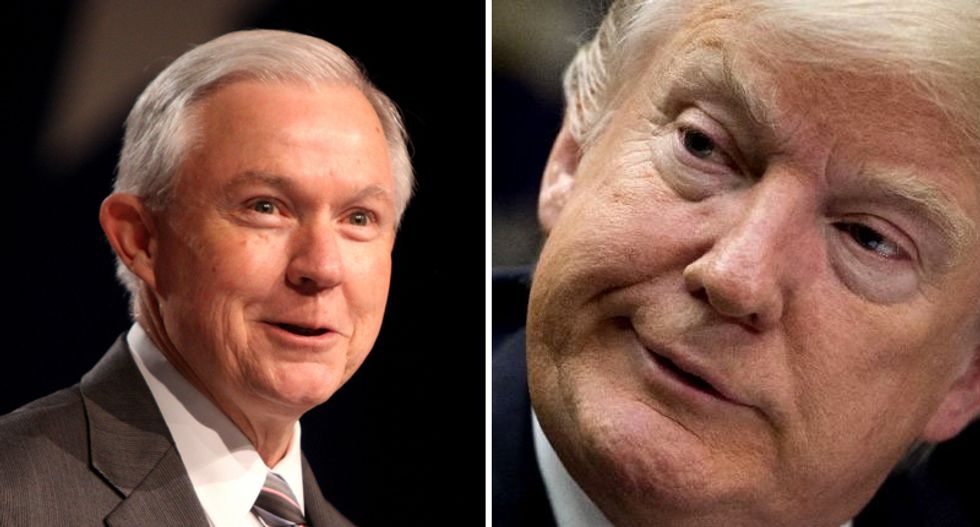 A former Justice Department spokesman said President Donald Trump had blown up another legal defense with his latest tweet griping about the Russia probe.

The president's lawyers argued in a controversial 20-page memo that Trump was not trying to end the investigation of his campaign ties to Russia when he fired FBI director James Comey -- but he contradicted that position Tuesday morning on Twitter.

The tweet seems to confirm Trump's own public statements to NBC News and top Russian officials that he fired Comey over his concerns about the probe, which has been taken up by special counsel Robert Mueller since Sessions recused himself.

"Trump’s attorneys argued in their memo that he always expected the Russia probe would continue and wasn’t trying to end it when he fired Comey and took other actions," tweeted Matthew Miller, an MSNBC legal analyst and former spokesman for the Department of Justice. "This tweet proves the opposite."

Trump’s attorneys argued in their memo that he always expected the Russia probe would continue and wasn’t trying to… https://t.co/u0ZKLT60Eh
— Matthew Miller (@Matthew Miller) 1528199153.0

Mueller and his team are investigating whether the president attempted to obstruct justice by firing Comey in May 2017.