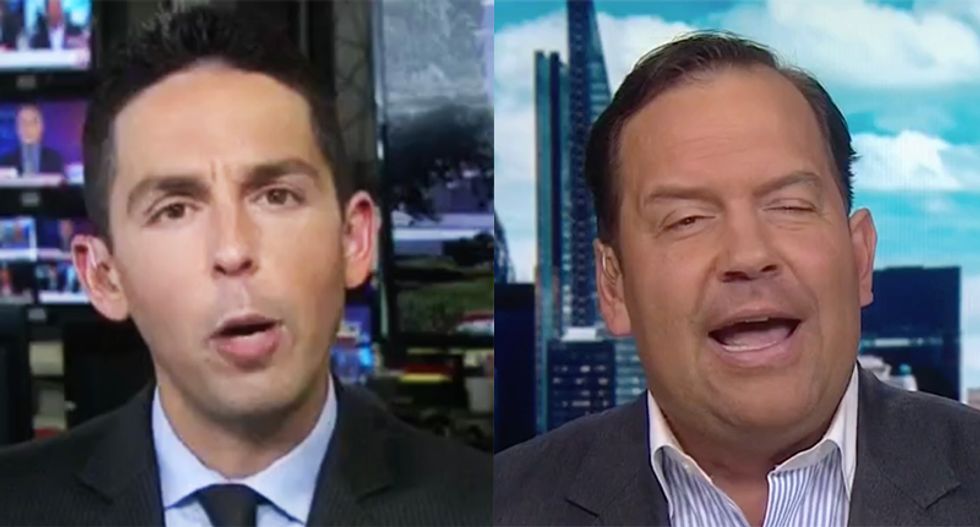 Following a frantic and breathless haranguing of the FBI for investigating President Donald Trump over Russian collusion in light of evidence that some agents did not want to see him elected, a former FBI supervisor attempted to settle down former Trump aide Steve Cortes for smearing the whole agency.

Addressing the inspector general's report that mildly rebuked former FBI Director James Comey's handling of an investigation into ex-Secretary of State Hillary Clinton's emails, Cortes latched onto an exchange between two agents who indicated that Trump needed to be stopped.

According to ex-FBI man Josh Campbell -- who worked for both Comey and ex-FBI director Robert Mueller -- the report was not good news for the agency.

"Well, it's certainly a day of reckoning for the FBI, we've certainly been looking forward to having this independent outside body do a review to see and look were things done wrong," he explained. "The inspector determined there was policies not followed. This specific report, we have a team going through line by line. It does not appear there was any kind of criminal activity on the part of officials and that is important because, if you look at this assault on the FBI, that has been the clarion call on the part of the opposition."

That infuriated Cortes who launched into a tirade on agents Peter Strzok and Lisa Page, who texted, "[Trump’s] not ever going to become president, right? Right?!” to which Strzok replied, “No. No he won’t. We’ll stop it.”

"I'm not talking about Comey," Cortes exclaimed. " I'm talking about Strzok and Page, the head of counterintelligence, not a minor figure, what he was texting to his mistress."

"What kind of a swamp rat is this?" Cortes pressed, before contending the whole investigation is now suspect.

Campbell then pulled him up short.

"I'll say that, within the FBI,  you have to understand that there is simply no way that someone in the position that Peter Strzok and Lisa Page were in that could have politically impacted an investigation," he explained as Cortes tried to talk over him. "And hear me out. What I mean by that is the organization is built on a system of redundancies and checks  and balances. The investigation wasn't done by Peter Strzok and Lisa Page. It was done by agents and analysts working hard to determine whether there was a fault here."