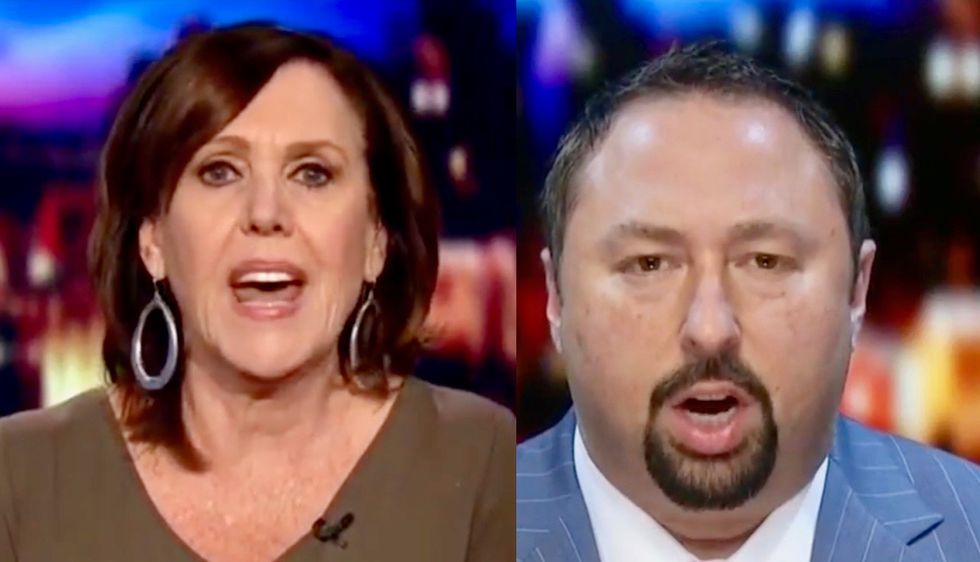 When will President Trump finally agree that EPA boss Scott Pruitt is a grifter whose many scandals disqualify him from public service?

CNN took on that subject on Friday afternoon, with Trump campaign adviser Jason Miller and The Nation's Joan Walsh.

Miller, who is embroiled in a few controversies of his own after fathering a child by another Trump staffer and then allegedly stalking the mother, said he "absolutely" sees a reason to keep defending Pruitt.

Miller praised Pruitt, offering a Trumpian condemnation of the media and praising Pruitt's "deregulation" and for helping lead the country out of the Paris climate accord.

"There's the misleading story that tried to say Pruitt was spending a bunch of money recklessly to go to the G7 meeting in Italy, when in fact he spent half as much as his predecessor did a few years previously," Miller said. "The Chick-fil-A story is way overblown. It's not as if he was asking for free Chick-fil-A for life. He made a phone call because his wife wanted to purchase a franchise."

"Some of these things are a little bit goofy, Miller said. "You can't send staffers on some of these errands for you. You're going to have a higher degree of scrutiny at this level and the administrator has to be extra careful."

Overall, Pruitt has doubled the spending of other EPA administrator, Walsh said, tearing into Miller's anecdote about the G7 travel costs. When Obama's EPA administrator went, she took a large contingent of people, whereas Pruitt is going with a small crew but traveling in luxury.

"He's indefensible," she said. "[Trump] campaigned on draining the swamp. [Pruitt] is the swamp. Scott Pruitt is an incredible grifter and I don't understand why the president can't say 'We don't accept that. We don't tolerate that.' I'm sorry, but when you are a cabinet member, calling and saying 'Oh, my wife would like a Chick-fil-A franchise, that's not acceptable. It's abusing your power."

Miller was not swayed.