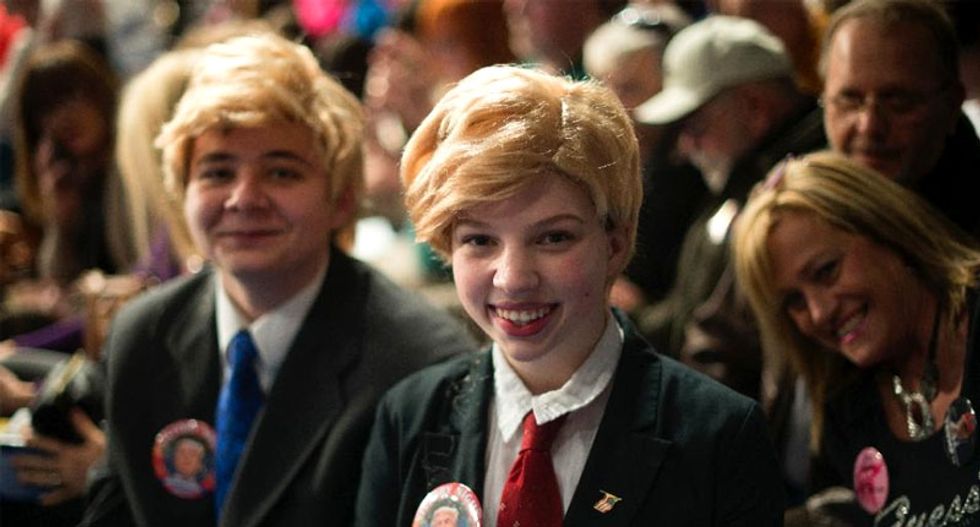 A cult scholar has identified the ways Donald Trump's GOP resembles the groups she studies.

In an interview with Pacific Standard, Dr. Janja Lalich — the founder and director of the Center for Research on Influence and Control — said Sen. Bob Corker (R-TN) "touched on something important" when he observed that the GOP under Trump was "becoming a cultish thing."

"I think there are plenty of similarities—enough to be concerned about," she said.

"The people around Trump, and the Republicans in Washington, absolutely kowtow to him, either out of fear they're going to anger him, or out of adulation," Dr. Lalich told PS. "That behavior is very typical of a cult."

In her writing, the professor emerita of sociology at California State University–Chico identified four characteristics of "totalistic" cults: They "espouse an all-encompassing belief system," "exhibit excessive devotion to the leader," "avoid criticism of the group and its leader," and "feel disdain for non-members." Lalich agreed with PS writer Tom Jacobs that those aspects were all "unnervingly similar" to Trump's GOP.

"I think you have to look at the effect of Trump's behavior and language on his base," she said. "He readily ridicules and chastises people. He readily pushes people aside if they're not worshipping him. We've all seen the videos of his aides praising him to high heaven. That's the kind of adulation cult leaders expect and demand."

She noted that his repeated large, campaign-style rallies are in line with a cult leader's need to "rev up their people."

"Him holding these rallies is both a recruitment technique," Lalich told PS, "and a way to keep his followers happy."

In typical cult scenarios, Lalich said people usually get out or are taken out after families stage interventions. To disband Trump's "cultic" GOP, however, will be much more difficult.

"If Trump continues with this egregious, inhumane behavior, some of his people may actually wake up," she said. "Some of the churches that have been supportive of him have come out to say, 'This is too much.' When the cultic behavior is on a national scale, [breaking it up] is going to take a national movement."

You can read Dr. Lalich's entire interview comparing the Republican Party under Trump to a cult via Pacific Standard.