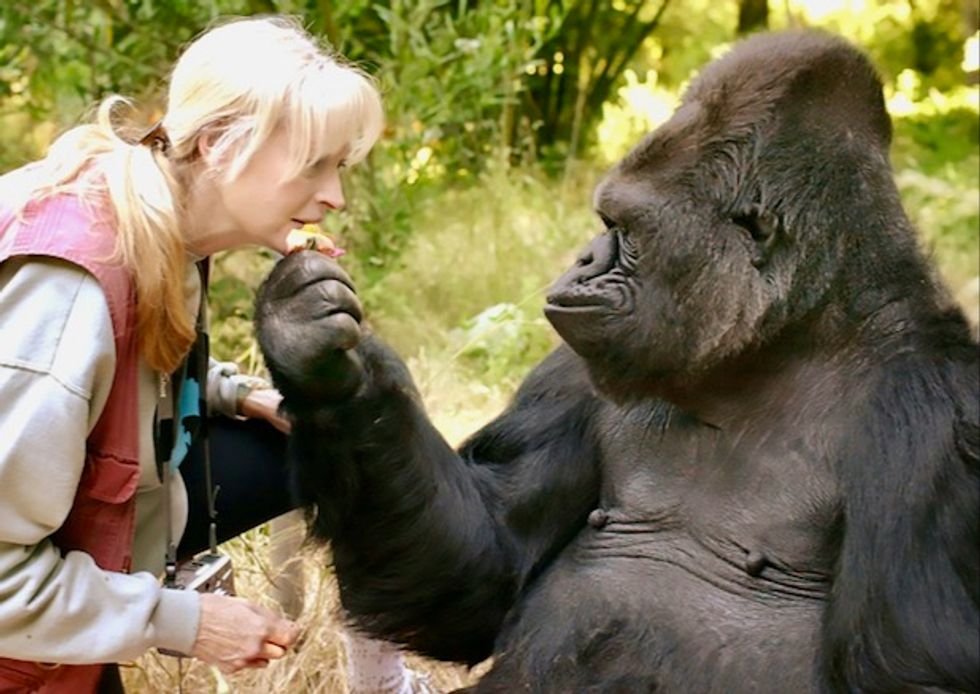 The famed gorilla Koko, known for mastering sign language and building a rapport with humans, has died in California, a research center has announced. She was 46.

Born Hanabi-ko (Japanese for "Fireworks Child") on US independence day in 1971 at San Francisco Zoo, she was widely known by her nickname. Animal psychologist Penny Patterson began teaching Koko sign language in 1972.

The western lowland gorilla became one of the most famous subjects of research into how apes use language, reputedly learning more than 1,000 words in American Sign Language, and becoming the subject of books and television shows.

"Koko touched the lives of millions as an ambassador for all gorillas and an icon for interspecies communication and empathy," The Gorilla Foundation announced in northern California.

Koko passed away on Tuesday morning in her sleep, the center said.

"She was beloved and will be deeply missed," it added.

Robin Williams, the late actor, was one of those with whom Koko built a rapport. The pair were filmed tickling each other, with Williams laughing, in 2001. Koko tried on Williams' glasses and lifted up his shirt to tickle him.

"We shared something extraordinary: laughter. Koko understands spoken English and uses over 1,000 signs to share her feelings and thoughts about daily events: life, love, even death. It was awesome and unforgettable," he said.

Patterson started to teach Koko sign language a year after she was born, and with collaborator Ronald Cohn moved her to Stanford in 1974, going on to establish The Gorilla Foundation.

Koko appeared in documentaries and twice appeared on the cover of National Geographic. The first cover, in 1978, was a photograph that Koko had taken of herself in a mirror.

In 1985, the magazine wrote about Koko and a kitten she had been given, called All Ball. Their relationship became the subject of a book, "Koko's Kitten," taught in schools. She also took part in Internet chats.

Besides Williams, she met other celebrities such as the now Oscar-winning Leonardo DiCaprio and Star Trek actor William Shatner.

But there were also detractors and Patterson's methodology became the object of lively debate.

Critics dispute the extent to which apes use language in the same way that humans do, arguing that Koko's signs were not spontaneous but prompted by Patterson. The psychologist vigorously defended her work.

In 2005, two sacked female employees sued the foundation for allegedly ordering them to bare their breasts to Koko in a bonding effort. The center denied the allegations and an out-of-court settlement was reached.

On Thursday, the Gorilla Foundation defended Koko, saying her impact had been "profound" and that "what she has taught us about the emotional capacity of gorillas and their cognitive abilities will continue to shape the world."