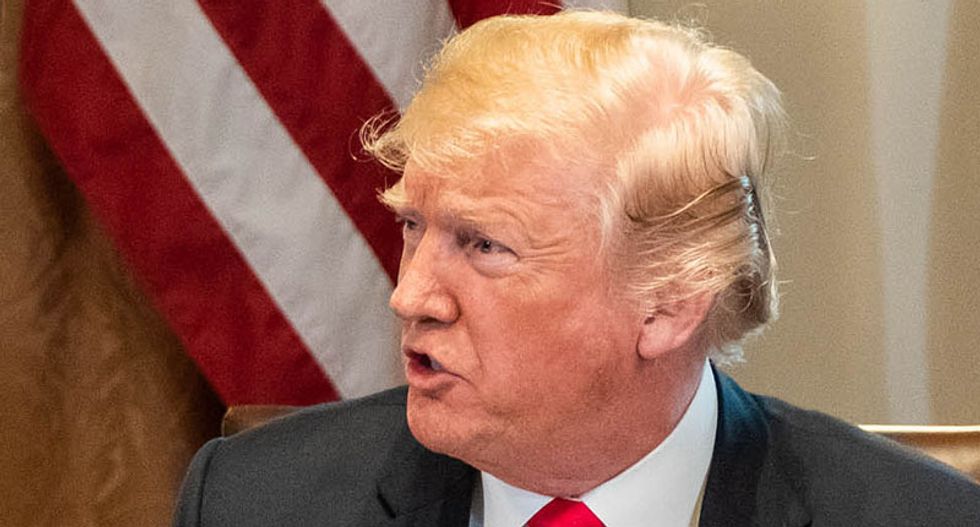 President Donald Trump has come under heat from all sides of the political spectrum for ripping immigrant children apart from their families. Most of the children are being detained in prison-like facilities.

President Trump tweeted that it was necessary to separate children from their families because of the increasing crime rate at the border and blamed Democrats for the problem.

"Children are being used by some of the worst criminals on earth as a means to enter our country. Has anyone been looking at the Crime taking place south of the border. It is historic, with some countries the most dangerous places in the world. Not going to happen in the U.S." Trump tweeted.

"It is the Democrats fault for being weak and ineffective with Boarder Security and Crime. Tell them to start thinking about the people devastated by Crime coming from illegal immigration. Change the laws!" he tweeted.

"I think the administration is motivated by Trump's skills of negotiating. I think he is thinking he is trying to use children to turn up the heat on the negotiators," Napolitano said. "In my opinion, it is child abuse to separate children from their parents, unless it is necessary to save a human's life, and that is not the case here. There is a federal statute that says you can't separate children for more than 72 hours, and they know all of this. They are picking and choosing which rules to follow."