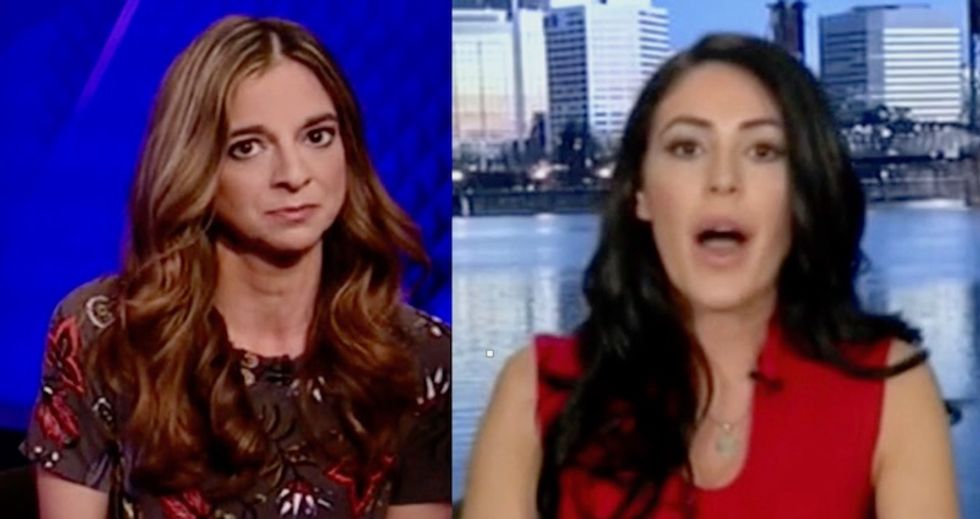 A panel on Jesse Watters' Saturday afternoon show exploded after a guest explained that immigration to the U.S. is actually at the lowest it's been in the last 46 years.

Guest Cathy Areu of Catalina Magazine shared the statistic, which contradicts the Republican narrative that the country is facing a crisis which needs to be fixed with a wall and by separating migrant children from their parents and locking them in cages inside abandoned Walmarts.

Another guest continued to screech the words "modern day slavery!" over her.

Host Jesse Watters refused to believe that the statistics showing that there is no crisis and that immigration is down because fewer people want to come here.

"I don't think that's a good argument, that it's not the worst that it's been," he said. "Don't you think the rest of our country should be as secure as our airports?"

'You are just a hateful bigot': Lauren Boebert faces yet another backlash

There is no more traditional value than love, but it is the one in which conservatives often seem least interested. When it comes to transgender people, for example, they are quick to sideline love for hate.

Eli Bremer, GOP frontrunner in Colorado challenging Sen. Michael Bennet in 2022, has made transphobia the centerpiece of his campaign.

The white supremacist organizers of the Unite the Right rally, many of them broke and at least two representing themselves, have complained that they're going up against a legal adversary with superior talent and resources in the landmark federal civil trial underway in Charlottesville, Va.

Supported by the nonprofit Integrity First for America, the plaintiffs — Charlottesville residents injured in the violence that overtook the city on Aug. 11-12, 2017 — have obtained pro bono representation by dozens of attorneys, led by Roberta Kaplan and Karen Dunn.