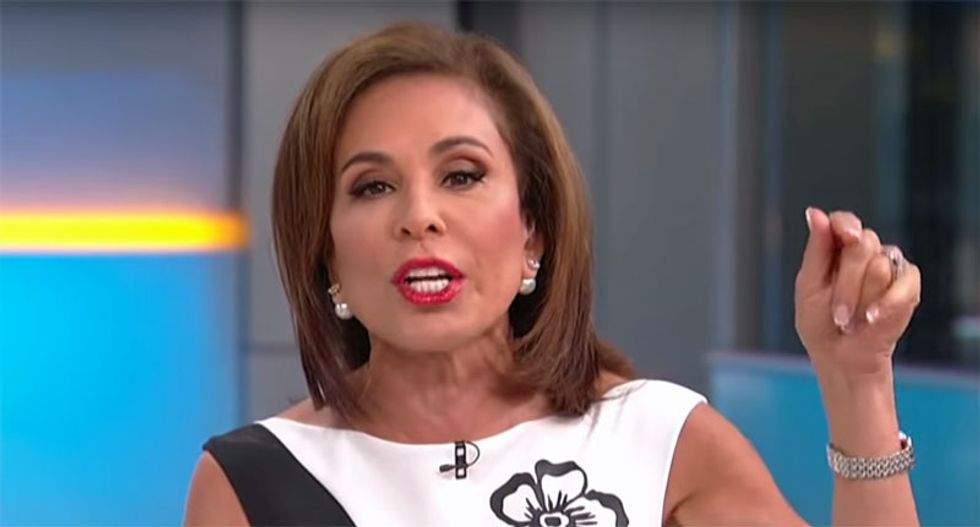 The president's daughter and senior White House advisor has been facing a whirlwind of criticism as the administration separates mothers from children as a punitive measure to discourage refugees and migrants.

Samantha Bee, the host of "Full Frontal" on TBS, slammed the older First Daughter as a "feckless c*nt" in a controversial episode that aired this week.

"The irony here is Ivanka has devoted her career to empowering women and these women want to take her down," Pirro claimed.

"The shame of it is, the left has said for years, 'we're so great, we love everybody.' I have never seen such intolerant haters," Pirro said. "They don't let the right speak, they don't want them to show up at colleges, they call us every name in the book, things that we wouldn't dare do."

"Was I crazy about Obama? No, but I sucked it up," Pirro claimed. "And they hate Donald Trump."

"You just saw the numbers there, what's he's doing for this country is phenomenal," she added.

Pirro is the author of the upcoming book Liars, Leakers, and Liberals: The Case Against the Anti-Trump Conspiracy.