George Takei says Trump camps are worse than Japanese internment: 'This is a new low in American history' 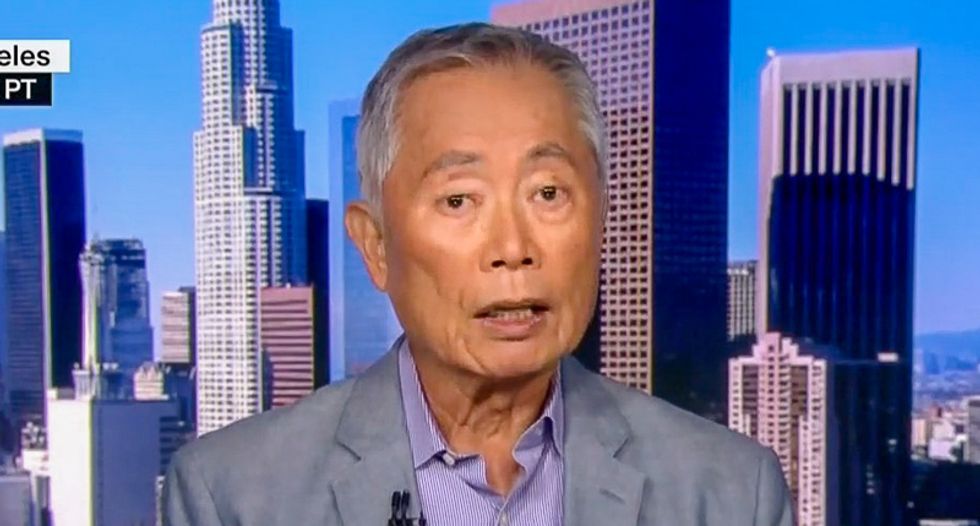 Actor and former internment camp prisoner George Takei asserted on Sunday that the U.S. has reached a new low in the way it treat immigrants due to President Donald Trump's "no tolerance" policy on illegal border crossings.

Takei, who was placed in an internment camp for Japanese-Americans during World War II, told CNN that history is "repeating itself" with the detention camps created by President Donald Trump's administration.

"It is repeating itself, but it has gone to a new low with Donald Trump," Takei explained. "When we were incarcerated, our families were intact. My parents were with me."

He continued: "But in this case, it's come to a chilling low, where babies are torn away from their mothers and placed in separate internment camps. And now that Donald Trump has rescinded his zero tolerance policy, the children are being scattered throughout the country, making it even more complicated to reunite the families. So, this is a new low in American history."

Takei said that he was not concerned with insistence from Republicans that Trump's immigration policies cannot be compared to Nazi German or the internment of Japanese-Americans.

"No, no, the inflammatory rhetoric is lies, and that's a similarity between our incarceration and what's happening today," he observed.