HBO's Maher decimates the GOP as the 'conspiracy theory' party: They 'make sh*t up' to appeal to their base 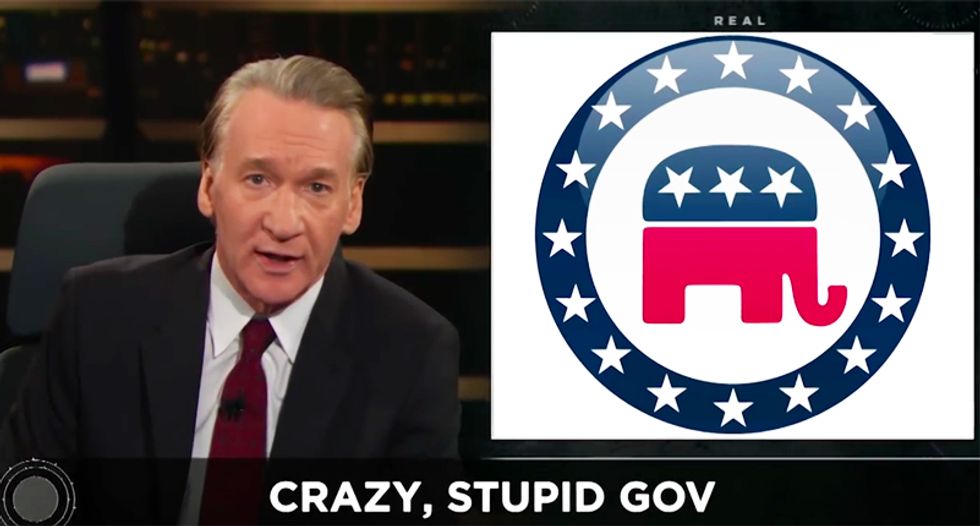 During his "New Rules" segment on Friday night, HBO host Bill Maher took aim at the Republican Party for engaging in conspiracy theories to appeal to the lunatic fringe segment of their base.

“Conspiracy theorists used to be ‘crazy,’ now they’re called ‘Senator,'” Maher said. “It used to be an unwritten rule of both parties that you can’t just make sh*t up; the old ‘You’re entitled to your own opinions but not your own facts’ thing. But that was before Republicans discovered, ‘Yes, yes you can just make sh*t up.'”

“And now, Republicans, you’re the Alex Jones party,” Maher continued. “There is literally nothing too stupid or too conspiratorial that you will not swallow. Hillary running a child sex ring out of a pizza parlor? Sounds about right. Obama‘s birth certificate? Fake! Jade Helm? Absolutely."

"The crazier it gets, the more they like it," he added. "That’s their jam! They believe anything. So we could stop sending reporters to diners now to figure them out. They’re not there for the breakfast, they literally think there are clouds in their coffee.”